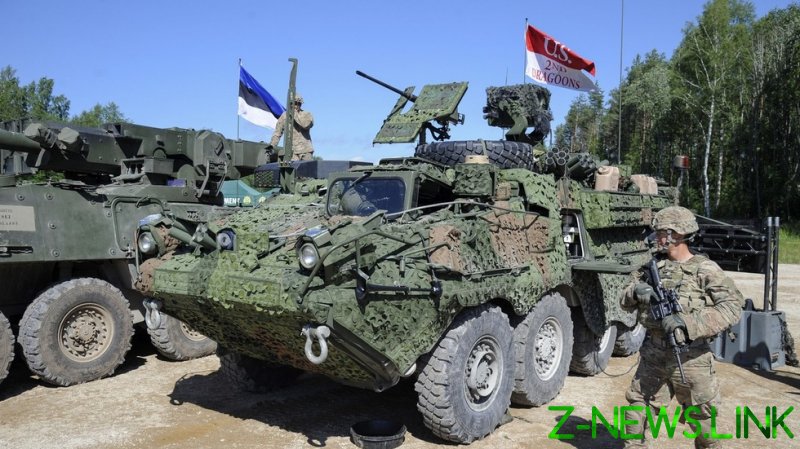 Aleksey Pushkov, a senator and former head of the parliamentary Foreign Affairs Committee, argued in comments on Telegram on Friday that the White House was struggling to demonstrate the tough stance it had promised against the Kremlin, because it had run out of viable options.

“The hesitation about Russia in Washington is evident,” he said, “not because there is a tactical pause, or as a negotiating tactic – [President Joe] Biden is in no mood to negotiate with Russia at all – but for another reason.”

While the new US leader has slammed his predecessor for supposedly making concessions to Moscow, Biden has since found that “the potential for hostility towards Moscow has been almost entirely mobilized by [former president Donald] Trump, both bilaterally and through NATO,” Pushkov wrote.

The senator believes that there are only three possible options for the White House if it seeks to make good on those election promises and strike an even tougher note against Russia.
“Sanctions from hell,” such as the still unapproved package proposed in 2018 by a group of senators including John McCain and Lindsey Graham, “would hit US and European investors, and bring US relations with Russia to a dangerous line, as with Iran,” he argued. “Only Russia is not Iran.”

The second option, Pushkov argues, would be to “push Ukraine into a new war in the Donbass, with US support.” However, the politician says, Kiev’s starting position in the region is unfavorable and it is hard to see how it could change its fortunes. So, he added, “it is not in the US plans to interfere in hostilities on the side of Ukraine.”

Finally, the only remaining option Biden has to punish Russia would be “building up the armed forces on the borders with Russia and in the Black Sea,” Pushkov claims. But, far from being a departure from his predecessor’s policies, “this is simply a continuation of the US’ previous approach under Trump.”

“For these reasons,” he said, “Biden’s toughness on Russia has so far been largely rhetorical. There will be anti-Russian actions, but their aim will be a prolonged siege of ‘Putin’s Russia’ rather than a set of abrupt and risky steps that could bring the situation to the brink of military conflict.”

Russia has already warned that increased activity by NATO members near its borders could lead to disaster, with the US-led bloc staging a series of exercises and flybys across the frontier. Russia’s Deputy Minister of Defense Alexander Fomin said that, throughout 2020, NATO air and naval presence “has increased significantly, and situations that can lead to serious incidents are increasingly emerging.”

Last week, the Kremlin expressed concern at reports in the New York Times which claimed that the White House was mulling “a series of clandestine actions” aimed at Moscow. The steps, it said, were intended as a response to the SolarWinds hack for which Washington holds Russia responsible. President Vladimir Putin’s spokesman, Dmitry Peskov, told reporters that “the fact that the newspaper doesn’t rule out that the American state could be involved in cybercrime is definitely of great concern to us.”