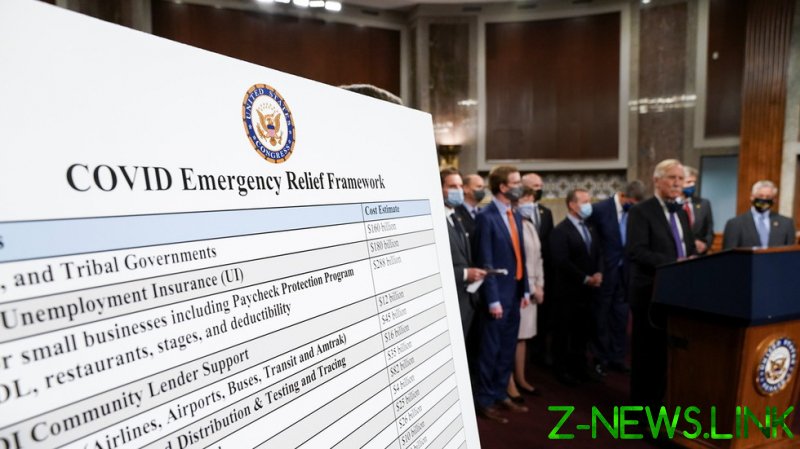 “This abdication of responsibility has devastating consequences,” Biden said on Saturday. He noted that Americans won’t get their $600 stimulus checks, as called for in the bill, and federal unemployment insurance benefits will expire. A moratorium on evictions also is set to end.

“This bill is critical,” Biden said. “It needs to be signed into law now.”

Biden stopped short of responding to all the reasons why Trump, who is refusing to sign the bill and has called it a “disgrace,” considers the package inadequate.

This includes the $600 stimulus checks for Americans, which Trump suggests should be $2,000. In addition to that, Trump said Tuesday that the bill contained billions of dollars in waste – from $25 million for democracy and “gender” programs in Pakistan to $1 billion for the Smithsonian (new women’s and Latino museums included), and to $1.3 billion in military aid for Egypt, which, Trump claims, it will use to “go out and buy, almost exclusively, Russian military equipment.”

“It’s called the Covid Relief Bill, but it has almost nothing to do with Covid,” Trump said, calling on Congress to send him a new bill with wasteful spending removed and stimulus checks increased.

However, since instantly vetoing the legislation would almost certainly result in Congress overriding it by an overwhelming majority, Trump is withholding his signature to have any negotiating leverage to improve the legislation.

The Democrat-controlled House delayed passing a relief bill in the run-up to the November 3 election. With Biden declared victorious, Congress was cleared to finally come together on a relief package. It had been nearly nine months since US lawmakers approved direct stimulus payouts to Americans, and the $600 checks would be only half the amount that was passed in March.

Democrats have favored supplemental federal unemployment benefits, which are paid out in addition to state benefits. Treasury Secretary Steven Mnuchin has argued that any future benefits should be adjusted to ensure that workers don’t get paid more to remain on the sidelines. By doubling up on benefits, including as much as $600 in weekly federal aid under the March relief bill, many Americans have made more money on unemployment than they used to make at their jobs.

As a result, thousands of struggling businesses across much of the nation have been unable to fill open jobs. There were more than 7 million open jobs in October, down just 7.7 percent from a year earlier (in a pre-Covid economy), according to US labor data.

Some observers on social media argued that Biden coming out in support of the bill will ensure that Trump won’t sign it. But conservative activist Mindy Robinson said Trump was right to demand revisions to the bill. “For too long, Congress has shamelessly robbed hard-working Americans through pork-riddled bills, and it’s about time they get called out on their BS,” she tweeted.