Biden wants an ‘autonomous’ Europe that spends more on defense 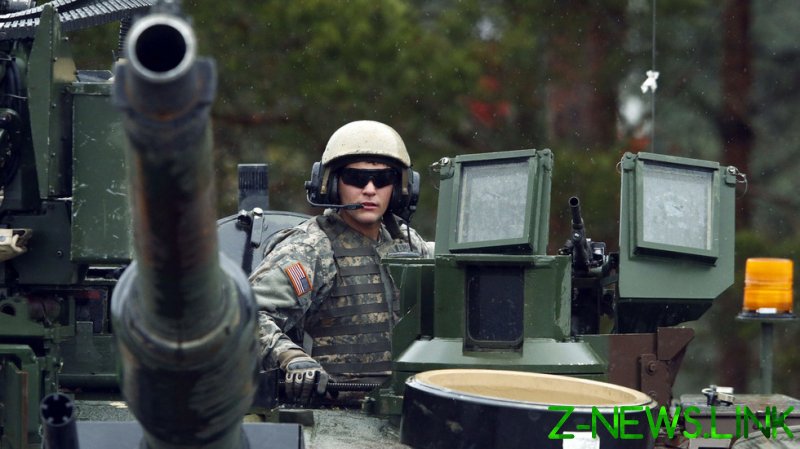 The continued failure by the Europeans to allocate a bigger share of their GDP on defense means that the gap between their combined military capability and that of the US only grows, State Department Counselor Derek Chollet told Politico. The Europeans have been saying for many years that they want a more robust military, but don’t necessarily act on it, he pointed out.

During NATO ministerial meetings, “every defense minister around the table would all be in violent agreement about the need to spend more on defense and have a more modern capable military,” he said.

“But then all those defense ministers would have to go back to their parliaments, to their governments and have to defend those budgets or advocate for those budgets, and they were not successful,” he added. “And that’s a dynamic that still exists [in Europe].”

Chollet added that if the Europeans are ready to get serious about the so-called “strategic autonomy” from the US, Washington would be eager to tell them what capabilities they should build up.

NATO recommends that all member states spend at least 2% of GDP on defense. In practice many European partners have been consistently failing to meet the benchmark, though the overall trend over the past years has been towards improving the metric. The Trump administration infamously blasted underperforming allies as freeriders that don’t deserve US protection, remaining consistent with his ‘America first’ approach.

The Biden administration toned down the rhetoric and switched to the ‘America is back’ message on the world stage, but some of its actions contrasted sharply with this. This fall it announced a new security pact with the UK and Australia, in the process shoving aside France in a multibillion dollar deal to supply attack submarines to the Australian Navy. Paris was outraged with the move, which took it by surprise. Mending the rift was one of the side goals during Biden’s visit to a G20 summit in Rome.

Chollet, who started his diplomacy-linked career as a research assistant for former Secretary of State James A. Baker III and currently acts as a special adviser to Secretary Tony Blinken, told Politico there was great demand for “American leadership” around the world.

In Bosnia, Southeast Asia, Libya and Tunisia “people want more of the United States. They want our presence,” he asserted, based on what he was told during visits to those places.

“There are not many countries that you can say that about, if any, actually, around the world. There’s not a lot of people wanting more of China,” he claimed.