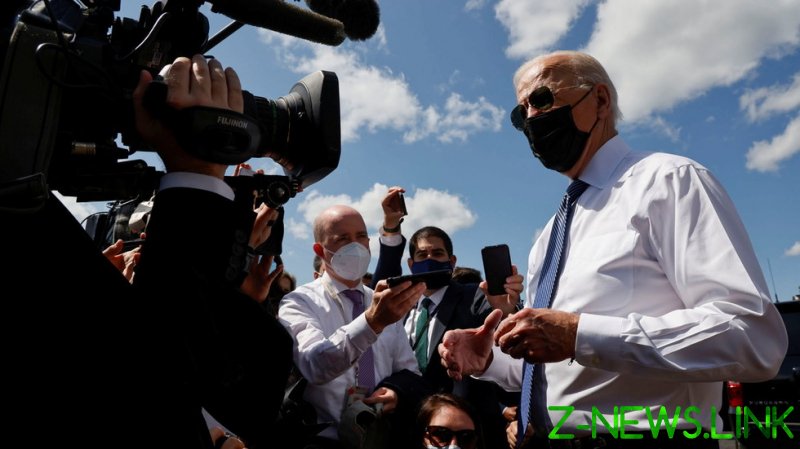 Murthy told CNN on Sunday that there “will be more actions, especially on the global front” taken on top of Biden’s “aggressive” vaccine mandate to help slow the spread of Covid-19. The health official suggested these new “aggressive actions” could be announced by the president before the United Nations general assembly in New York beginning on September 21.

Murthy did not specify what he believes these further steps from Biden will be.

Biden previously announced a vaccine mandate for most federal workers and contractors working with the government. Companies with more than 100 employees will also be required to subject their employees to either inoculation or frequent testing, a mandate that has already faced a wave of pushback and numerous promises of retaliatory legal action.

Murthy did his best to defend the highly-controversial mandates on Sunday, deeming them an “appropriate” response to the virus due to the rise of more spreadable variants like Delta, which the health official called a “curveball.”

“This is not an unusual phenomenon,” Murthy told ABC about vaccine mandates. “What it is, is I think an appropriate response for us to recognize that if we want our economy to be back, if we want our schools to stay in session, we’ve got to take steps to make sure workplaces and learning environments are safe and these requirements will help do that.”

Biden’s mandate covers millions of Americans and is facing potential challenges from private businesses like the conservative media outlet Daily Wire, as well as from Republican governors like Florida’s Ron DeSantis who have voiced opposition to it.

Despite significant opposition to the mandates, Murthy suggested to CNN that mandates, which could force millions out of jobs when enforced, will not only “improve public health,” but “give people more peace of mind” once they are enforced.