Home / WORLD / Biden the hawk turns into a Trump clone on Iran as he eyes imposing tough new sanctions, wrecking prospects of a new nuclear deal

Biden the hawk turns into a Trump clone on Iran as he eyes imposing tough new sanctions, wrecking prospects of a new nuclear deal 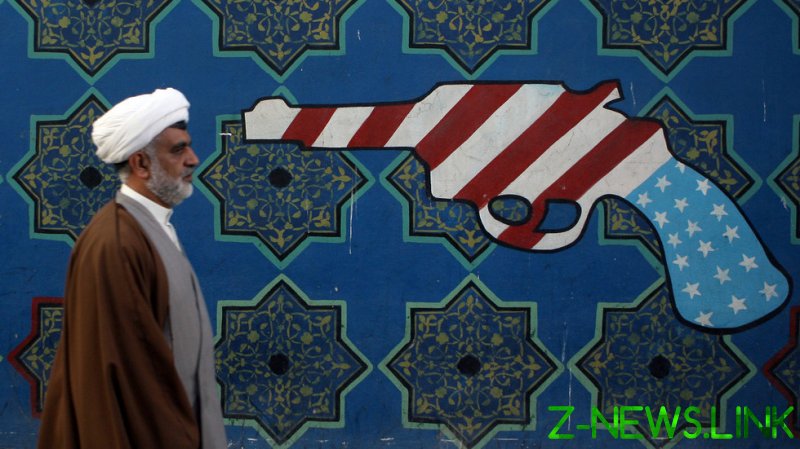 In another hawkish move against Iran, US President Joe Biden seeks not to fulfil his campaign promise, but instead to slap on additional sanctions and to tighten existing ones. The step makes it clear that the intentions of the new administration are the same as the old.

In March 2018, the Trump administration unilaterally withdrew from the Iran Nuclear Deal, or JCPOA, pursuing instead a “maximum pressure campaign” designed to crush Iran’s economy and force regime change. Although Biden ran his election campaign on the promise of a return to the deal struck in 2015 under former President Barack Obama, he has only continued the legacy left behind by his predecessor, Trump.

Endless rounds of talks aimed at reviving the deal have taken place in Vienna this year, with the basic demand of Iran being that the US honour its side of the deal and lift all sanctions, in return for Iran’s re-entry to the JCPOA. Some minor sanctions have been lifted by the Biden administration, but instead of continuing down that road, now the US president seeks to strengthen the American sanctions war.

The US is reportedly planning to draft targeted sanctions against Iran’s drone and ballistic missile technology development. According to senior US officials quoted by the Wall Street Journal, the sanctions are “part of a comprehensive approach,” aimed at “dealing with all aspects of the Iranian threat.” The WSJ also asserts that US officials believe the Iranian weapons being developed are just as concerning to them as the prospect of an alleged pursuit of nuclear weapons.

US Secretary of State Antony Blinken said this Thursday at a press conference in Kuwait that talks on the nuclear deal “cannot and will not go on indefinitely.” This, whilst the US is reportedly looking to tighten enforcement of its sanctions on the Iranian oil industry, in order to apply pressure on its leaders. Russian Foreign Minister Sergey Lavrov has stated that the West is attempting to change the deal in order to impose additional commitments on Iran, “not only [commitments] in the contexts of the JCPOA, but also on matters that have nothing to do with the deal.”

In response to the hawkish actions of the United States, Iran’s Supreme Leader, Ayatollah Sayyid Ali Khamenei, has announced that the behaviour of the Americans will stand as a lesson for future generations to distrust Western governments. Although Western media portray his statements as helping to let down the nuclear deal, the very opposite is the case – his comments are instead a valid and rational reaction given what Iran has put up with.

Not only was it the United States that withdrew from the JCPOA, violating the deal, they also launched a sanctions war, criticised by the International Criminal Court (ICC) and which the International Court of Justice (ICJ) ordered be relieved. This has to be coupled with the fact that the US assassinated Iran’s top general, Qassem Soleimani, while America’s closest Middle East ally, Israel, assassinated Tehran’s top nuclear scientist. Although Biden came to office on a platform of rejoining the Obama-era deal, he has in fact taken the exact same line as Trump. Biden wants to change the deal and make it about Iran’s regional alliances, in addition to its weapons programs.

The big indicator that the US government does not want to re-enter the deal is that they have doubled down on their hardline tactics since the Islamic Republic’s Presidential election was won by Ebrahim Raisi. President Raisi, who will take over from his reformist predecessor, Hassan Rouhani, is much more openly distrustful towards the West and it was clear from the moment he was elected that the few months in which Rouhani would remain in office were vital for reviving the nuclear deal.

During this time window, Biden thought it was a good choice to launch airstrikes on Iranian-backed Iraqi Popular Mobilization Unit forces in Iraq and Syria, in a show of aggression, and to draft new sanctions. This comes despite Iran’s pivot to the East, securing a deal with perhaps the US’ top adversary, China, which many thought would act as a wake-up call to Washington to try and get on friendlier terms with Tehran.

Again, the immature nature of the US empire has shone through, with its core belief that bombing and starving their enemies is the route to their own prosperity. This kind of thinking will lead the US to failure in the Middle East and shows how meaningless the words of any American administration are on a global level.

Biden likes to tell people that “America is back,” that “diplomacy is back” – well, if this is an example of what US diplomacy looks like, it’s hard to imagine why anyone would trust Washington again. The failure to re-enter the deal represents a complete disintegration of America’s ability to command loyalty and respect on a global level, and demonstrates immaturity and shortsightedness. More Iranians will suffer as a result of Biden’s actions and this move will only fuel bloodshed across the region.