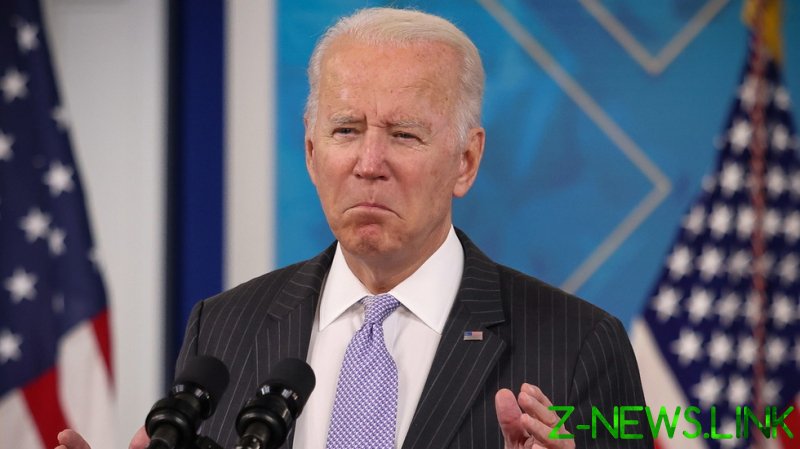 Returning to Washington from Europe on Wednesday, Biden was asked about reports of a massive migrant caravan traveling towards the US from Mexico, and whether reports of the payoff might be incentivizing illegal immigration.

“If you guys keep sending that garbage out, yeah, but it’s not true,” he said. “That’s not gonna happen.”

The question referred to a Wall Street Journal report from last week, which said that negotiations were underway to compensate the families of migrants who crossed the border illegally during the Trump administration, and had their children detained in separate facilities by US authorities.

The Journal said the payments would be at least $450,000 per person, perhaps more. The White House had not disputed the report when it appeared.

More than 1.7 million migrants have been apprehended crossing the US-Mexico border illegally since Biden was declared winner of the 2020 US presidential election, 1.3 million of them since he was sworn in. Though many of them, when interviewed, said Biden’s election was what motivated them to come, the White House has waved that off and blamed the surge on violence, poverty, and even climate change.