Biden supports 9/11-style commission to ‘investigate’ US Capitol riot, as suggested by Pelosi, Graham, & others 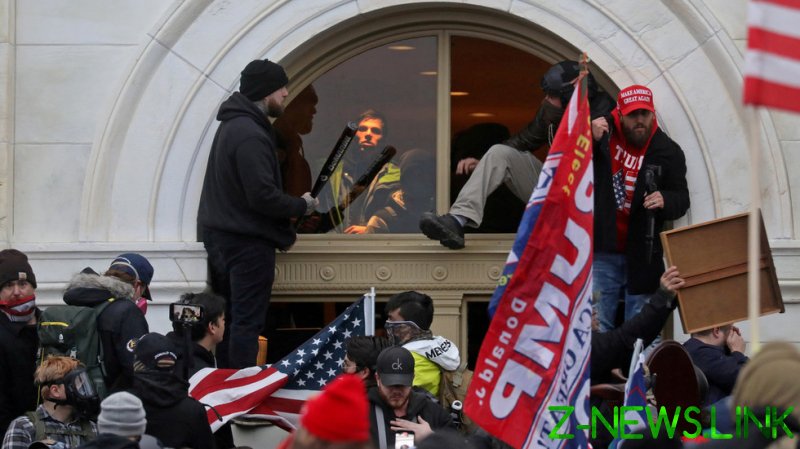 A commission has been recommended by both Democrats and Republicans in the wake of the Senate acquitting Donald Trump on the article of impeachment that accused him of “inciting an insurrection” and directly inspiring the storming of the Capitol.

“We need a 9/11 commission to find out what happened and make sure it never happens again, and I want to make sure that the Capitol footprint can be better defended next time,” Sen. Lindsey Graham (R-South Carolina) recently told Fox News.

House Speaker Nancy Pelosi (D-California) revealed this week plans were in motion for a commission.

The House speaker added that an investigation would look into “the interference with the peaceful transfer of power” and the “preparedness and response of the United States Capitol Police and other federal, state, and local law enforcement in the National Capitol Region.”

Pelosi herself has come under fire from Republicans recently, with many questioning her decision to refuse National Guard soldiers being present on the day of the riot, and her timing in approving their deployment once the Capitol was already stormed.

On Tuesday, Psaki revealed that Biden fully supports a commission being set up by Congress.

“It’s of course Congress’ decision to form this commission…but it’s certainly one the president would support,” she said. “He backs efforts to shed additional light on the facts to ensure something like that never happens again.”

A commission would need to be approved through legislation as was the one formed post-9/11, but who would be part of this panel would greatly determine how political it gets, with so many still pointing blame in Trump’s direction and others questioning the leadership of lawmakers like Pelosi.

Some Trump critics, like Keith Olbermann, have already used the potential of a commission as a way to call for a special counsel to also be appointed to possibly pursue Trump criminally, an avenue that Sen. Mitch McConnell (R-Kentucky) appeared to suggest after voting against impeachment. The Senate minority leader gave a controversial speech where he suggested rioters did believe they were acting on the president’s wishes and that could mean he should be held criminally responsible.

Following Trump’s victory in his impeachment trial, Biden made clear he believes the “substance of the charge” against the former president is “not in dispute.”

“Even those opposed to the conviction, like Senate Minority Leader McConnell, believe Donald Trump was guilty of a ‘disgraceful dereliction of duty’ and ‘practically and morally responsible for provoking’ the violence unleashed on the Capitol,” he said in a statement.