Biden speaks to Zelensky after airstrikes 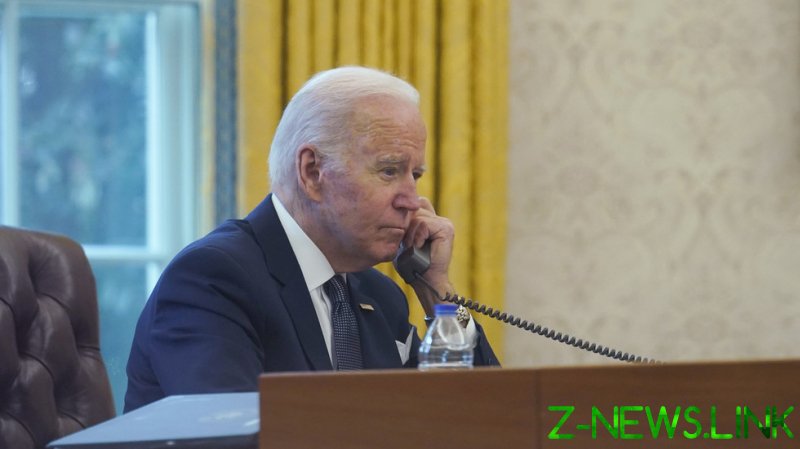 US President Joe Biden has spoken by phone with his Ukrainian counterpart, Vladimir Zelensky, after Russia pounded military and infrastructure targets throughout Ukraine on Monday. Biden condemned the Russian strikes and promised to send more air defense systems to Kiev.

According to a readout of the call published by Zelensky’s office, the Ukrainian president described the Russian strikes as “a sign of weakness of the Russian army,” despite the fact that the barrage crippled the country’s power grid and, according to the Russian Ministry of Defense, destroyed “military command facilities” and communications networks.

Biden “pledged to continue providing Ukraine with the support needed to defend itself, including advanced air defense systems,” read a summary of the call from the White House.

Russian missiles rained down on multiple Ukrainian cities on Monday morning, two days after the Crimean Bridge attack, which Ukraine is widely believed to have been responsible for. Russian President Vladimir Putin described the strikes as a response to Ukrainian “terrorism,” warning that Russia would “respond firmly” to any future attacks on its soil.

Zelensky spent the hours after the attacks phoning Western leaders and urging them to send his military heavier weapons, including surface-to-air missiles. In a tweet announcing his phone call with Biden, the Ukrainian president said that “air defense is currently the number one priority in our defense cooperation.”

The US has not sent its most advanced Patriot missile batteries to Ukraine, with the Pentagon arguing that such systems would need US troops to operate them. As of earlier this month, however, the Biden administration has given Kiev eight National Advanced Surface-to-Air Missile Systems (NASAMS), and the Pentagon has signed a $182-million deal with arms manufacturer Raytheon to build more of these systems through August 2024.

It is unclear whether Biden’s promise of “advanced air defense systems” was a reference to continued NASAMS deliveries, or shipments of more advanced systems.