Home / WORLD / Biden singles out ‘white supremacist terrorism’ as the most lethal threat to America, as he pushes for gun control & police reform

Biden singles out ‘white supremacist terrorism’ as the most lethal threat to America, as he pushes for gun control & police reform 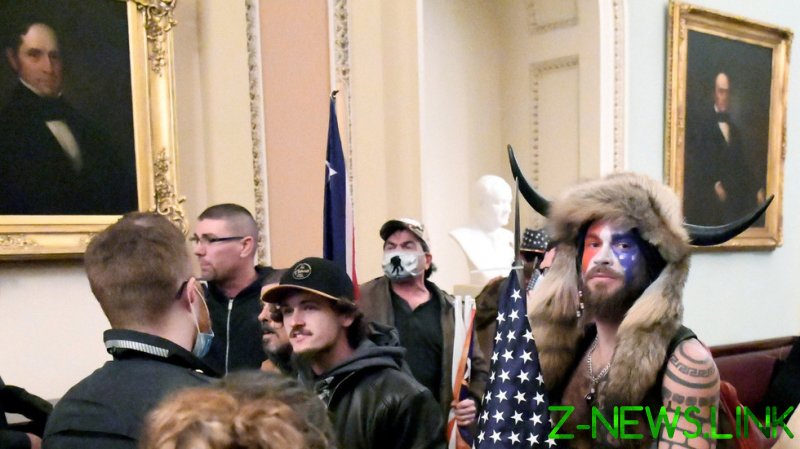 Using a discussion about America’s “forever wars” to segue into domestic matters during his speech on Wednesday night, Biden said that while the “terrorist threat” had been “degraded” in Afghanistan, local white supremacist groups now pose the most “lethal” threat to the “homeland,” citing the word of US intelligence agencies.

From there, the president moved abruptly into law enforcement reforms, pointing to the case of George Floyd, whose death in police custody last May garnered national attention and kicked off months of fierce protests.

“We have all seen the knee of injustice on the neck of black America; now is our opportunity to make real progress,” Biden said. “To rebuild trust between law enforcement and the people they serve, to root out systemic racism in our criminal justice system and to enact police reform in George Floyd’s name that passed the House already.”

Let’s get it done next month, by the first anniversary of George Floyd’s death.

In addition to those reforms, broader efforts are required to combat “systemic racism,” Biden continued, saying that delivering “real equity” would mean providing “good jobs and good schools,” affordable housing and clean air and clean water to all Americans

Citing a number of recent mass shootings, the president also insisted on the need to stop what he called an “epidemic” of gun violence in the US, urging Congress – and Republicans in particular – to reimpose a 1994 ban on “assault weapons” and high-capacity magazines.

“We need more Senate Republicans to join with the overwhelming majority of their Democratic colleagues, and close loopholes and require background checks to purchase a gun,” he said.

Don’t tell me it can’t be done. We’ve done it before. Talk to most responsible gun owners and hunters. They’ll tell you there’s no possible justification for having a hundred rounds in a weapon… What do you think, deer are wearing kevlar vests?

The president said that effort could begin by banning “ghost guns,” or homemade firearms with no traceable serial number, though did not specify how that would be done given that the whole purpose of such weapons is to evade detection by authorities.