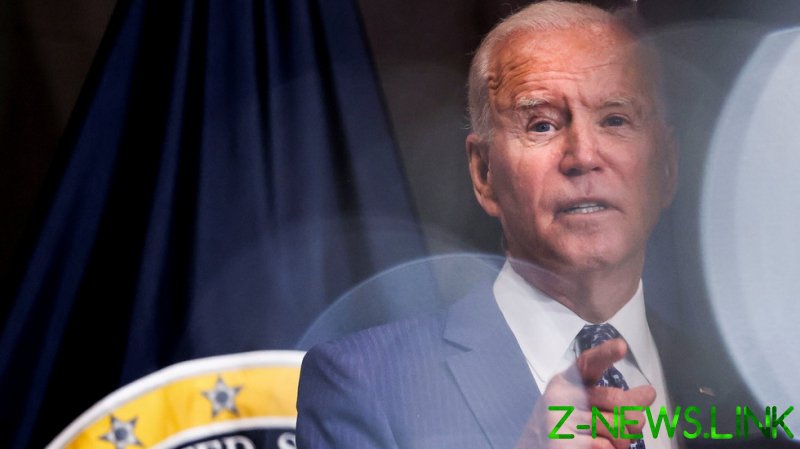 Asked about a possible mandate for government personnel on Tuesday, Biden told reporters the move is “under consideration right now,” but declined to comment further. Soon after, however, CNN reported that the new rules would be announced on Thursday, citing a source with “direct knowledge of the matter.”

While the specifics remain unclear, Biden is expected to propose restrictions similar to those recently imposed in New York City and California, where public workers are now required to take the jab, the source said, adding that the president will also unveil new incentives to encourage vaccinations. They noted that the rules would not extend to the military, at least for now.

The discussions of mandatory immunizations for government employees follow a decision by the Department of Veteran Affairs on Monday to require vaccines for its health workers, becoming the first federal agency to do so.

While the White House urged federal agencies not to require inoculations for on-site work as recently as June, saying they “should generally not be a pre-condition,” it appears to have shifted its stance in the few weeks since. Moreover, lawyers at the Justice Department concluded earlier this week that federal law does not prohibit vaccine mandates, including for private entities and regardless of whether the immunizations are fully authorized by the Food and Drug Administration (FDA), potentially laying the ground for future requirements.

Earlier on Tuesday, the Centers for Disease Control and Prevention (CDC) abruptly reversed its previous guidance that the vaccinated do not need to wear masks indoors, pointing to the more contagious Delta variant making the rounds across much of the world.

Asked whether the ever-changing health guidelines could be confusing for Americans, Biden turned his sights to the unvaccinated, suggesting they are to blame for the ongoing health crisis.

“We have a pandemic because the unvaccinated and they’re sowing enormous confusion. And the more we learn about this virus and the Delta variation, the more we have to be worried and concerned,” he said. “There’s only one thing we know for sure, if those other hundred million people got vaccinated, we’d be in a very different world.”