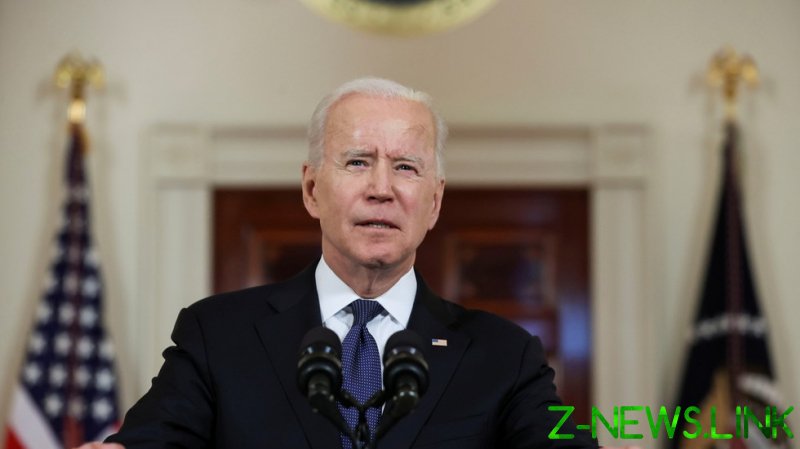 Reiterating Washington’s support for Israel’s “right to defend itself against indiscriminate rocket attacks” in a brief national address on Thursday evening, Biden said that Prime Minister Benjamin Netanyahu “also shared with me his appreciation for the Iron Dome system, which our nations developed together and which has saved the lives of countless Israeli citizens, both Arab and Jew.”

I assured him of my full support to replenish Israel’s Iron Dome system to ensure its defenses and security in the future.

Put into service in 2011, Israel’s Iron Dome uses a radar tracking system to locate incoming rockets, firing its own interceptor missiles to shoot down projectiles in mid-air. According to Air Force Magazine, each Tamir interceptor munition is estimated to cost between $20,000 to $100,000, though the Israeli government has not disclosed an official figure. The system was seen in action numerous times throughout the latest flare-up, with the IDF claiming a successful interception rate of around 90%.

The president also noted that Israel and Hamas, the political party and militant group that has governed Gaza since 2006, had agreed to a ceasefire, set to take effect within hours of his address. Mediated by Egypt, the deal follows 11 days of intense fighting in the blockaded Palestinian enclave, seeing thousands of rockets fired towards Israeli cities and flurries of IDF air strikes in Gaza. At least 230 Palestinians were killed in the violence, including 65 children, as well as 12 Israelis, two of whom were children

Biden lamented that the flare-up had “resulted in the tragic deaths of so many civilians, including children,” adding that he sent his “sincere condolences to all the families, Israeli and Palestinian, who have lost loved ones.”

In conjunction with the United Nations and other “international stakeholders,” Biden said Washington would work to provide “rapid humanitarian assistance” and aid reconstruction efforts in Gaza, where some 450 buildings were destroyed or severely damaged in Israeli strikes, including a number of hospitals and health clinics. However, he added that effort would be “in full partnership with the Palestinian Authority, not Hamas,” suggesting the group would “restock its military arsenal” with aid funds.

Based in the occupied West Bank and headed up by President Mahmoud Abbas, the Palestinian Authority governs separately from the Hamas-led administration in Gaza. While the first election for the Palestinian territories since 2006 was set for May, it was postponed amid a dispute with Tel Aviv over whether residents of East Jerusalem will be permitted to cast ballots.