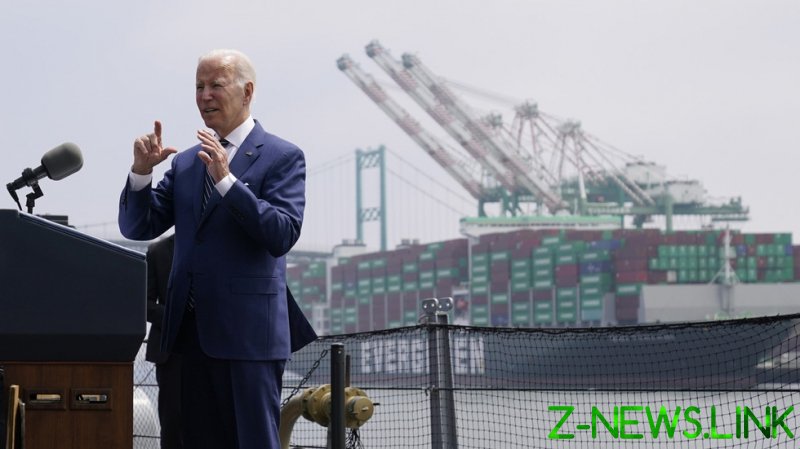 US President Joe Biden took a swipe at oil giant Exxon on Friday, accusing the company of making “more money than God” while Americans suffer at the pumps. However, Exxon says it’s scaling up production, while conservatives blame the high gas prices on Biden’s own policies.

Regarding gas prices, Biden singled out oil giant Exxon for engaging in stock buybacks rather than expanding its drilling activity.

“Exxon made more money than God this year,” he told reporters. “One thing I want to say about the oil companies…they’re not drilling, because they make more money not producing more oil.”

“Number two, the reason they’re not drilling is they are buying back their own stock, which should be taxed quite frankly,” he continued. “Exxon, start investing and start paying your taxes, thanks.”

With inflation, gas prices, and economic concerns in general the top three issues for American voters, a recent ABC News poll found that 71% of Americans disapprove of Biden’s efforts to curb rising prices, and 72% are dissatisfied with his attempts to bring down gas prices in particular. 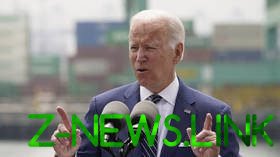 Aside from blaming companies such as Exxon, Biden has repeatedly invoked the phrase “Putin’s price hike” in a bid to blame the Russian leader and Moscow’s military operation in Ukraine for the spike in living costs in the US.

Biden’s conservative critics say the president’s liberal spending policies have driven up inflation, while his green energy policies  – including bans on new drilling leases and a shutdown of the Canada-US Keystone XL pipeline during his first week in office – have stymied the American energy industry. Furthermore, his decision to embargo Russian oil and gas imports have also restricted the US’ fuel supply.

Biden’s own treasury secretary, Janet Yellen, has denied that corporate greed is responsible for the US’ current economic woes. Speaking at an event on Thursday hosted by the New York Times, Yellen blamed inflation on forces of “demand and supply.”