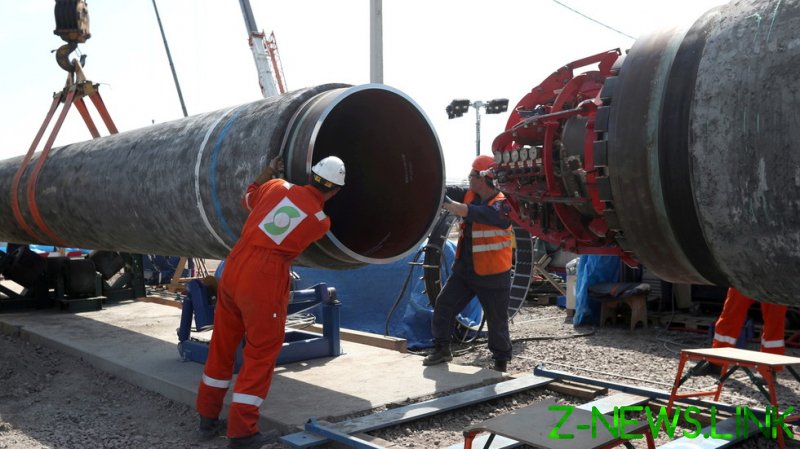 “I had been opposed to Nord Stream 2 from the beginning, but it was almost completed by the time I took office,” Joe Biden told reporters outside the White House on Tuesday. “To go ahead and impose sanctions now, I think is counterproductive in terms of our European relations.”

The first statement echoed the explanation given to reporters by White House press secretary Jen Psaki last week, while the second was the exact reasoning described by the State Department for waiving sanctions against the company building the pipeline and its CEO.

Biden’s statement came on the same day that the White House and the Kremlin confirmed that he and Russian President Vladimir Putin will hold a bilateral summit on June 16 in Geneva. A White House statement said the Biden administration will seek to “restore predictability and stability to the US-Russia relationship.”

The Nord Stream 2 project was just one of several fronts on which the two nations have been clashing. The main US objection to the undersea pipeline is that it will further lessen Kiev’s leverage over Moscow by providing another gas conduit to Germany that doesn’t run through Ukraine. With only about 100 kilometers of pipeline left to lay as of earlier this month, the project may be completed before Germany’s September 26 election.

The Biden administration apparently will no longer try to be an impediment to that timeline, after waiving sanctions against Nord Stream 2 AG and its chief executive, Matthias Warnig, last week. The US State Department said that although the company and Warnig were involved in sanctionable activity under US law, it was waiving penalties for national security reasons. However, the Treasury Department has sanctioned 13 Russian ships and three entities – including a maritime rescue service – for their part in building the pipeline.

The US has sought to ensure that Ukraine’s profits from transit fees for Russian gas are maintained, while pressuring Europeans to buy the far more expensive US-produced liquefied natural gas. Russia already supplies around 40% of European Union gas imports, and it has reduced the share of those shipments that transit through Ukraine.

Biden hinted at working with European allies on protecting Western interests to the extent possible. “I hope we can work on how they handle it from this point on,” he told reporters on Tuesday.

German Chancellor Angela Merkel applauded Washington’s decision to drop some Nord Stream 2 sanctions and said she’ll discuss the project with Biden at the G-7 summit next month in the UK.