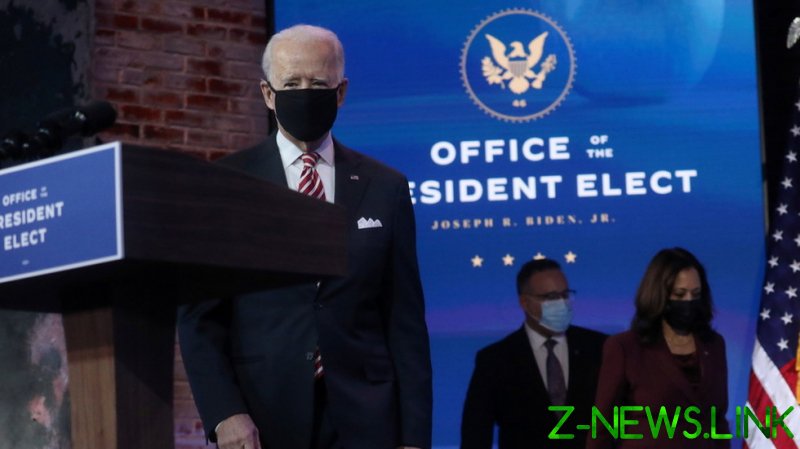 While speaking to journalists on Wednesday Biden prefaced his response to the student loan forgiveness plan by saying: “I’m going to get in trouble for saying this.” He then went on to call the idea of canceling it via executive powers “pretty questionable,” adding, “I’m unsure of that. I’d be unlikely to do that.”

The president-elect’s comment appears to be an outright dismissal of the plan championed by Senator Elizabeth Warren (D-MA), Minority Leader Chuck Schumer (D-NY) and also Congresswoman Ayanna Pressley (D-MA) in the House.

The former vice president appears to have correctly assumed he was going to receive backlash for his comment. After reading it, Twitter users were already becoming disappointed with the administration that before the election was often described as having “the most progressive platform.”

“The awkward moment when we have a better chance of getting Trump to cancel student debt than Biden,” one person quipped, referring to the fact that Biden was supposedly going to be a left-wing replacement for Donald Trump.

Before telling journalists he disagreed with Warren and Schumer, during the same press event Biden spoke in favor of canceling $10,000 in student debt amid the pandemic.

Biden’s rejection of progressive executive action came after earlier this month his virtual meeting with US civil rights leaders made headlines for similar reasons. During the sit-down, the president-elect was uninterested in the idea of using executive action to alleviate racial justice issues and dismissed concerns around a perceived lack of African-American representation in his cabinet.