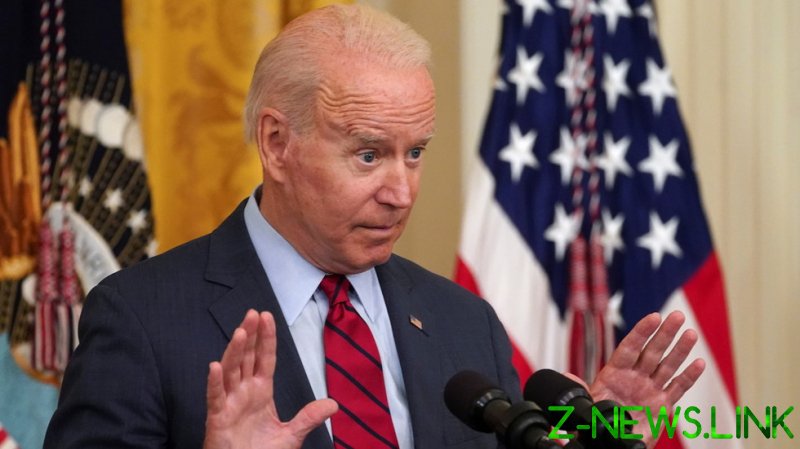 “If this is the only one that comes to me, I’m not signing it,” Biden said at the White House on Thursday afternoon, referring to the deal struck with a group of moderate Republicans earlier in the day.

Instead, he will only consider it “in tandem” with a much larger bill championed by Senator Bernie Sanders (I-Vermont) that could exceed $6 trillion.

“I’m not just signing the bipartisan bill and forgetting about the rest that I proposed,” Biden said, noting the “human infrastructure” part is just as important.

Biden’s comments were a cold shower on the jubilant announcement of the compromise in front of the White House on Thursday morning. According to the official fact sheet, the deal would call for $579 billion of additional federal spending, for a total of $973 billion over five years – or $1.2 trillion if extended to eight years.

The largest chunk of money would go to roads, bridges and “major projects” at $109 billion, followed by $73 billion for power grid, $66 billion for passenger and freight rail, and $65 billion for expanding broadband internet. Public transit would get $49 billion, with another $7.5 billion on top for electric buses and other transit vehicles. Another $55 billion would go to water lines, $25 billion to airports, and $16 billion to ports and waterways, among other things.

Ten senators, five Republicans and five Democrats, flanked Biden outside the White House as he announced the compromise.

“America works,” said Romney. “The Senate works, and we can work together.” The failed 2012 presidential contender has emerged as one of the Democrats’ favorite Republicans in the Senate, having voted twice to impeach President Donald Trump and marched in Black Lives Matter protests last year.

Senate Majority Leader Chuck Schumer (D-New York) had a somewhat different take on Thursday, saying on the Senate floor that “We won’t get enough votes to pass either unless we have enough votes to pass both,” referring to infrastructure proposals. House Speaker Nancy Pelosi (D-California), who met with Schumer and Biden on Wednesday, reportedly agrees.

What exactly is contained in the $6 trillion-plus Democrat proposal isn’t clear, since it’s still being drafted. Washington insiders have mentioned seeing Medicare expansion, education, child care, green energy and even amnesty for illegal immigrants being involved. The party intends to pass it the same way it did the $1.9 trillion American Rescue Plan earlier this year – using the procedure called reconciliation, without needing a single Republican vote.

Biden’s insistence on both bills may end up torpedoing the compromise, however. Manchin, the West Virginia Democrat, has already voiced reservations about the Sanders plan, according to Fox News. Portman, the Republican who led the faction negotiating the deal, described the Sanders proposal as “kind of a $6 trillion grab bag of progressive priorities” and “not about infrastructure,” in his appearance on ‘Meet the Press’ this past Sunday.