Home / WORLD / Biden says Cuomo did ‘hell of a job’ as governor, calls his resignation ‘so sad’

Biden says Cuomo did ‘hell of a job’ as governor, calls his resignation ‘so sad’ 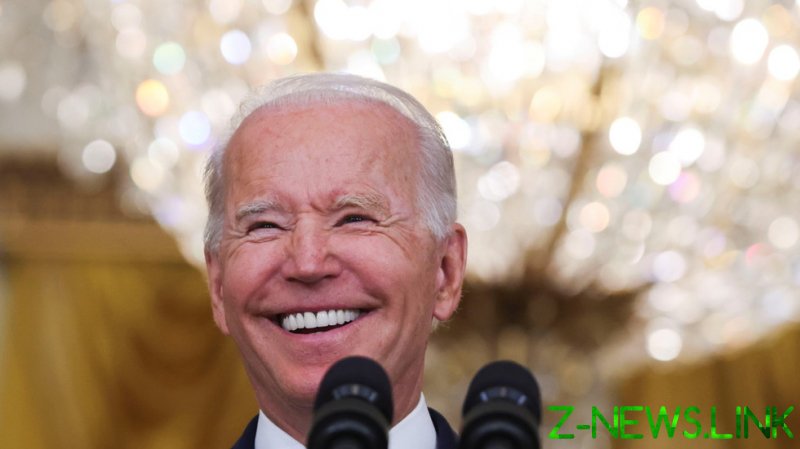 Speaking with reporters at the White House on Tuesday afternoon – to cheer the “transformative” infrastructure plan just adopted in the Senate – Biden was asked his opinion on Cuomo’s performance as a governor.

“He’s done a hell of a job – on everything from access to voting to infrastructure to a whole range of things. That’s why it’s so sad,” Biden said.

“I respect the governor’s decision and I respect the decision he made,” Biden said when asked about the resignation. Cuomo was a major supporter of Biden and the two had made numerous appearances together on the political circuit.

When asked about the potential impact of the scandal on the Democratic Party, however, he brushed it off.

“I think the impact is all on Andrew Cuomo and his decision to make that judgment,” Biden said. “And I respect his decision.”

Cuomo announced his resignation at noon on Tuesday, saying it will go into effect in two weeks. Lieutenant-governor Kathy Hochul, a fellow Democrat and former member of Congress, will serve out the rest of his term. The three-term governor was facing impeachment in the state legislature and civil lawsuits from almost a dozen women that claimed he groped and otherwise sexually harassed them over the years.

The sexual harassment allegations against Cuomo have entirely eclipsed the much bigger scandal involving thousands of seniors who died in New York nursing homes after the governor’s orders to send Covid-positive patients among the population most at risk. Last month the Biden administration dropped the probe into Cuomo and two other Democrat governors over the matter, saying it was satisfied with their response.