Home / WORLD / Biden says all American adults will be eligible for vaccination by May 1, says rollout ‘months ahead of schedule’

Biden says all American adults will be eligible for vaccination by May 1, says rollout ‘months ahead of schedule’ 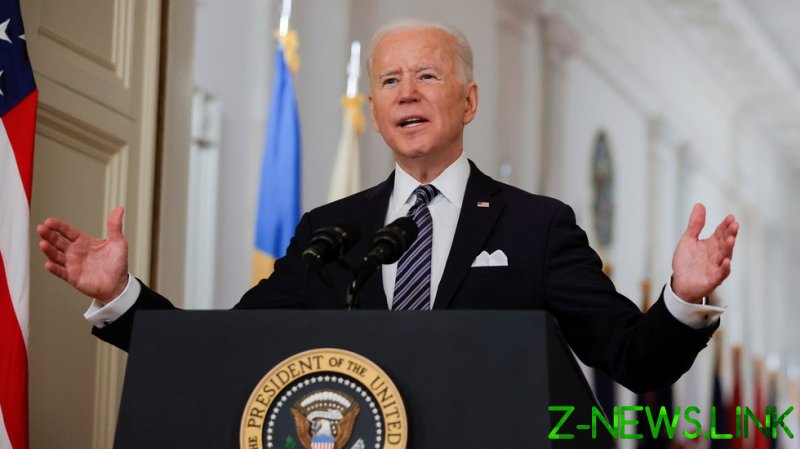 The announcement came during a national address on Thursday night, where Biden marked the one-year anniversary of pandemic-related shutdowns across the US and updated the various ways his administration had tacked the health crisis, including an upcoming directive to states to slash their eligibility requirements.

“Tonight, I’m announcing that I will direct all states, tribes and territories to make all adults, people 18 and over, eligible to be vaccinated no later than May 1,” he said, though cautioned that not all Americans would have the shot by that date.

The president also boasted that the US vaccine rollout is now “months ahead of schedule,” saying there will be ample supply to inoculate all American adults by the end of May. He added that the government will mobilize “thousands of vaccinators,” calling on active-duty soldiers, the Federal Emergency Management Agency (FEMA) and retired doctors and nurses to help administer doses. While Biden was short on specifics, the Associated Press reported earlier on Thursday that the number of troops working on the vaccine initiative would swell to 6,000, enlisting some 4,000 additional soldiers for the effort, citing a senior administration official.

While the CDC has issued guidelines for who ought to receive vaccines first, beginning with elderly and other vulnerable populations, many states have laid out their own recommendations and criteria for eligibility. Biden’s order would require states to toss those rules, instead opening vaccination appointments to all adults in the country by springtime. It remains unclear whether the directive will also do away with the federal guidelines when it takes effect, however, or what function they would serve beyond May 1.

Though Biden warned the pandemic is still “far from over,” he also suggested there is “a good chance” Americans will be able to safely gather in small groups to celebrate Independence Day this summer, saying it would “not only mark our independence as a nation, but we begin to mark our independence from this virus.” He nonetheless hedged his rosier prediction, warning that a lot could change between now and the holiday and that “things may get worse again.”

After finishing his address, Biden did not take any questions, turning a blind eye on reporters trying to shout their inquiries at his back. Earlier on Thursday, Biden told the media in the Oval Office that there would be “plenty of opportunities” for questions later, though he did not specify when. In the meantime, he has faced criticism, primarily from conservatives, for shunning the press in a stark contrast with his predecessor, former President Donald Trump.