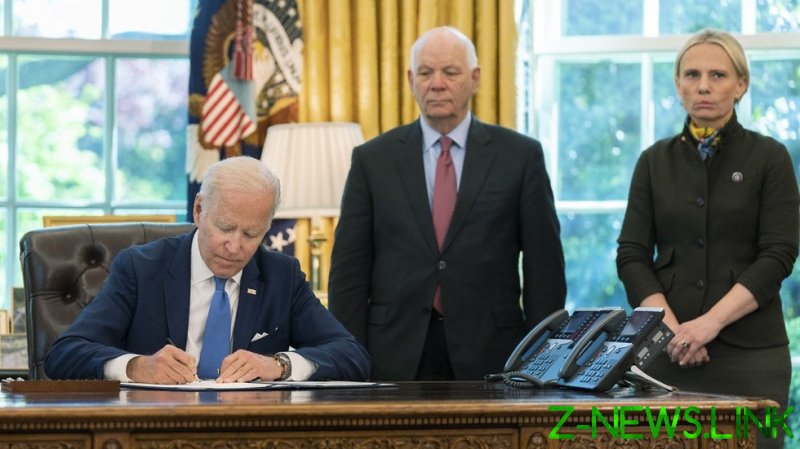 President Joe Biden on Monday signed the Lend-Lease Act of 2022 into law. The Act, previously used to arm the Allies of World War II, will expedite American arms shipments to Ukraine, and has been warmly welcomed in Kiev.

Speaking as he signed the act at the White House, Biden vowed to continue arming the Ukrainians “in their fight to defend their country and their democracy.” He added that “the cost of the fight is not cheap but caving to aggression is even more costly.”

The act, which passed Congress last month with 417-10 votes in the House and no dissent in the Senate, suspends limitations on the quantity of weapons and other military supplies Biden can send to Ukraine or “other Eastern European countries,” although it stipulates that Kiev must subsequently pay for whatever it receives. 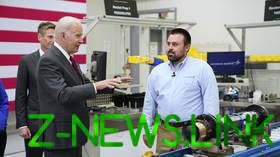 The original lend-lease was enacted by President Franklin Delano Roosevelt in March 1941 – nine months before the US entered WWII – and amounted to $50.1 billion (980 billion in 2022 dollars) by September 1945. Although the Allies, including the Soviet Union, were supposed to pay for this aid, the US also accepted the lease of bases for its military instead.

Kiev’s ability to repay the US is currently questionable, considering Ukrainian President Volodymyr Zelensky recently asked the US and EU for $7 billion per month just to keep his country afloat.

That Biden chose May 9 to sign the WWII-era act was likely deliberate, considering that this date is celebrated as ‘Victory Day’ annually in Russia and a number of former Soviet countries, commemorating the defeat of fascism at the end of the Second World War.

Biden referred to the defeat of Nazi Germany during the signing ceremony on Monday, but did not mention Victory Day. Instead he noted that the European Coal and Steel Community, which would expand into the European Union, was formed on May 9, 1950.

The signing of the act was welcomed by Kiev, with Zelensky declaring it a “historic step” that will help Ukraine and the US “win together again … like 77 years ago.” Although Zelensky referenced WWII in his statement, the modern country’s history books often refer to it as a ‘German-Soviet war’, and Nazi collaborators like Stepan Bandera are now national heroes in Ukraine.

Earlier on Monday, Zelensky marked Victory Day by posting a photo of a Ukrainian soldier wearing Waffen SS insignia to his social media accounts, before deleting the image.