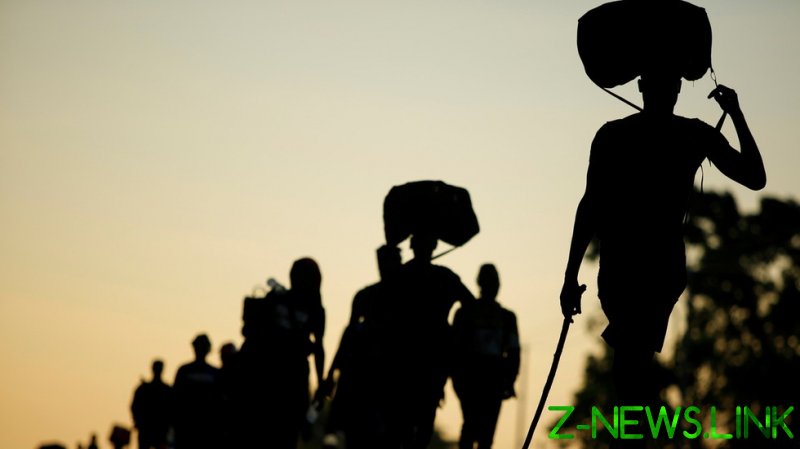 Biden’s Department of Homeland Security (DHS) said Thursday that it is now “working in good faith to re-implement the Migrant Protection Protocols (MPP) program” – informally known as the ‘remain in Mexico’ rule – as was “required by a federal court order.”

“Secretary of Homeland Security Alejandro N. Mayorkas has repeatedly stated that MPP has endemic flaws, imposed unjustifiable human costs, … and failed to address the root causes of irregular migration,” the department said, though added it would nonetheless follow a Supreme Court ruling issued over the summer barring the administration from ending the MPP.

To comply with the court order, however, DHS will be ready to reimplement MPP once the Government of Mexico makes a final and independent decision to accept the return of individuals enrolled in the program, subject to certain humanitarian improvements.

Once the program is “fully operational,” it will accept migrant applications across the southwest border with Mexico, while those who have already arrived in the US will be returned to Mexico through seven different ports.

While President Biden attempted to scrap the ‘remain in Mexico’ policy last June, the nation’s highest court ruled against the move soon after, arguing that he used an “arbitrary and capricious” process to end the program. Somewhat ironically, it cited a ruling set under the Donald Trump administration as precedent, which barred it from ending another border policy brought by Trump’s own predecessor, Barack Obama.

The Biden team has since vowed to challenge the SCOTUS ruling, but has failed to do so, finally throwing in the towel on Thursday after months of legal wrangling.

Echoing the DHS’ own characterization of the program, critics have denounced the MPP as inhumane, with Amnesty International and other rights groups issuing a harsh joint statement against the administration after it said it would go along with the court order after all.

“It is inexplicable and unconscionable that the administration has chosen to expand the populations subjected to the deadly program, despite not being under any obligation to do so,” the groups said. Amnesty also blasted the White House for its decision to expel thousands of Haitian migrants from the border area.