Biden reveals US Taiwan policy after call with Xi 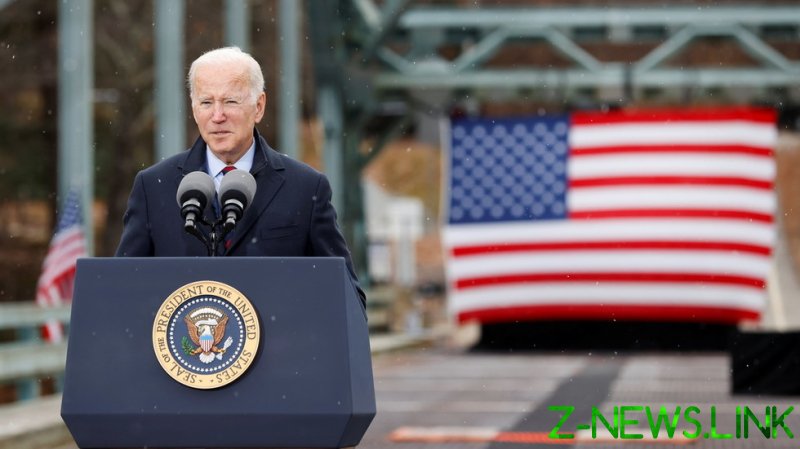 “We are not going to change our policy at all,” Biden told reporters on Tuesday, at an event in New Hampshire. “We made very clear we support the Taiwan [Relations] Act and that’s it.”

Biden also denied the US was supporting Taiwan’s aspirations for independence.

“I said that they have to decide … Taiwan, not us,” he said. “We are not encouraging independence, we are encouraging that they do exactly what the Taiwan Act requires.”

The 1979 law governs the relations between the US and the island, which China considers part of its sovereign territory but which has been ruled by the exiled nationalists since 1949, after Communists defeated them in the Chinese civil war.

Biden’s comments follow a 3.5-hour call with Xi on Monday, reportedly dominated by the subject of Taiwan. The official White House readout of the call said the US “remains committed to the ‘one-China’ policy, guided by the Taiwan Relations Act, the three Joint Communiques, and the Six Assurances.”

Washington also “strongly opposes” any move to alter the status quo in the region or “undermine peace and stability across the Taiwan Strait,” the statement added.

The White House has had to “clarify” Biden’s comments last month, when he told a CNN town hall the US had a “commitment” to defend Taipei under the TRA.

Taiwanese president Tsai Ing-wen told CNN a few days later she had “faith” the US would ride to her defense in case of an attack from the mainland, and confirmed that there was a small number of US troops on the island.

Meanwhile, Beijing has made it clear that China is prepared to use “decisive measures” to reintegrate the island if necessary. China will never change its position on Taiwan, its ambassador to the EU Zhang Ming said on Tuesday.

“If anything changes, it is that the Chinese people’s resolve to realize complete reunification of our country grows even stronger,” he told an online event hosted by a Brussels think tank.