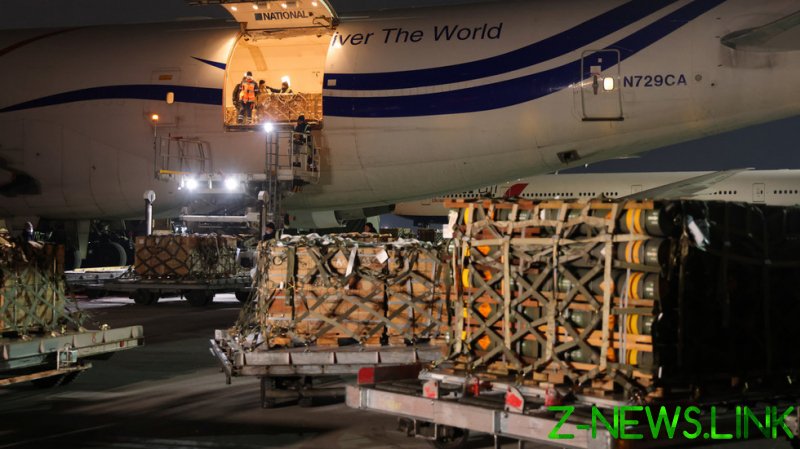 US President Joe Biden has announced a further $800 million in taxpayer-funded military aid to Ukraine, adding to the $200 million promised to the embattled nation on Saturday.

Among the lethal items promised to the US ally on Wednesday are 9,000 anti-armor systems, 7,000 small arms, 800 anti-aircraft missiles, 20 million rounds of ammo, body armor, and drones. Biden announced the details just hours after Ukrainian President Volodymyr Zelensky made an emotional appeal for military aid to the US Congress via video link.

The package represents “direct transfers of equipment from our Department of Defense to the Ukrainian military to help them as they fight against this invasion,” the president declared, adding that the US would also be helping Kiev acquire “additional longer-range anti-aircraft systems.” 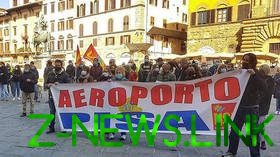 However, Biden did not indicate any changes to the US’ position on sending Polish MiG-29 aircraft to Ukraine or imposing a no-fly zone over western Ukraine. The US and its NATO allies have repeatedly dismissed calls from Zelensky to impose a no-fly zone over his country, warning it could lead to a direct confrontation with Russia.

Biden insisted that the hefty aid package would not be the last, saying it’s “about freedom” and “the right of [Ukrainian] people to determine their own future.”

Biden praised Zelensky in the wake of the speech given before Congress on Wednesday morning, in which he repeatedly asked for a no-fly zone and called on the US president to be the “leader of the world.”

The American leader called Zelensky’s performance “convincing,” vowing that Ukraine would “never be a victory for [Russian President Vladimir] Putin no matter what advances he makes on the battlefield.”

Having conceded earlier that Ukraine would not be a part of NATO, Zelensky on Wednesday called for a “new alliance” of nations that included “responsible countries.”