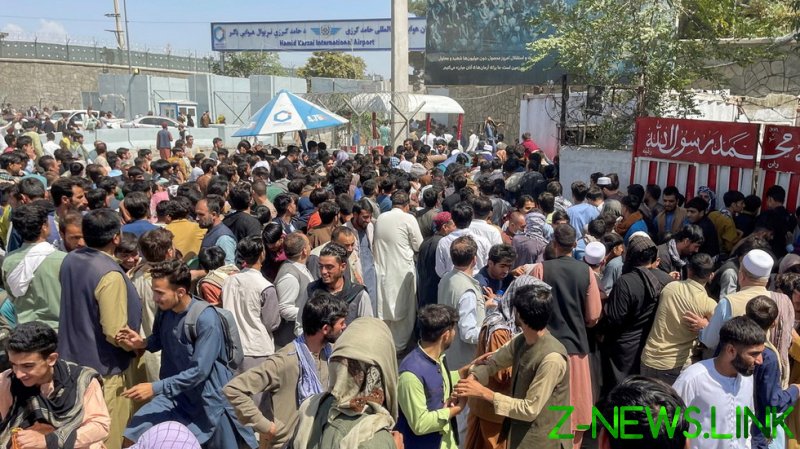 The White House announced the move on Monday night, saying the $500 million will be used to meet “unexpected urgent refugee and migration needs” for “victims of conflict, and other persons at risk as a result of the situation in Afghanistan.”

The decision comes after Taliban fighters marched into Kabul on Sunday, with Afghan military forces putting up little resistance as the group took control of the city, dissolving the US-backed government. The capital fell on the heels of stunning Taliban gains in recent weeks, which saw the group sweep every major city and effectively take hold of Afghanistan, sending thousands of civilians fleeing.

Some 3,500 American soldiers have been deployed to the airport in Kabul to oversee the evacuation of US diplomatic staff, as well as Afghans seeking to leave the country. According to Garry Reed, director of the Pentagon’s Afghanistan crisis action group, between 20,000 and 22,000 spaces have been set up at several US military bases to house fleeing Afghans so far. It is unclear how many refugees will ultimately be taken in.

In announcing the $500 million in aid funds, the Biden administration invoked the 1962 Migration and Refugee Assistance Act, which allows the president to draw money from a special fund in the event of “expected” crises that produce refugees or displaced peoples. While Biden initially pulled $46 million from the emergency fund in June to help resettle Afghans, and another $54 million last month, the Taliban takeover in the weeks since has added a new sense of urgency to the effort.