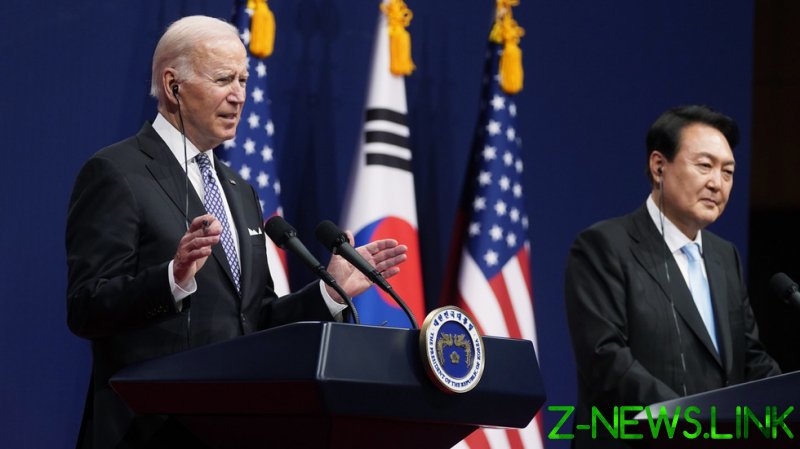 US President Joe Biden hasn’t ruled out a face-to-face meeting with Kim Jong-un, but insists that the North Korean leader would need to show the right attitude for it to happen.

Biden was asked about the possibility of such a summit in Seoul on Saturday during his visit to South Korea, which opened his first Asian tour since taking office.

Biden also issued a joint statement with South Korea’s newly elected President Yoon Suk-yeol, confirming that Washington and Seoul had agreed to “expand the scope and scale of combined military exercises and training on and around the Korean Peninsula.” 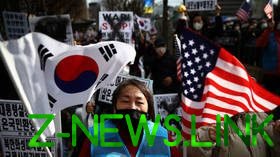 The drills, which are viewed as highly provocative by North Korea, had been largely scaled back under Biden’s predecessor, Donald Trump, in an attempt to improve relations with Pyongyang.

A landmark summit between Trump and Kim in Singapore in the summer of 2018 went unexpectedly well, raising hopes for the denuclearization of the Korean Peninsula. But two further meetings failed to deliver a breakthrough, with Pyongyang failing to secure the sanctions relief that it desired.

The two sides instead returned to the usual exchange of threats, and North Korea resumed its nuclear and ballistic missile tests.

Some US officials have warned that Kim could respond to Biden’s decision to visit South Korea by test-firing an ICBM or performing a nuclear test. 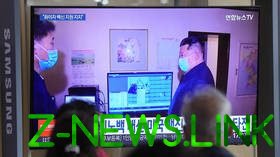 No peace treaty was signed by Seoul and Pyongyang following the conflict between 1950 and 1953.

Despite its differences with Pyongyang, the US has “offered vaccines” to North Korea amid a massive outbreak of Covid-19 in the sanctioned country, Biden said. However, he added that Washington had “gotten no response” to the proposal.

The next stop on Biden’s tour is Japan, another US ally in the region, where he will arrive on Sunday for talks with Prime Minister Fumio Kishida and Japanese Emperor Naruhito.