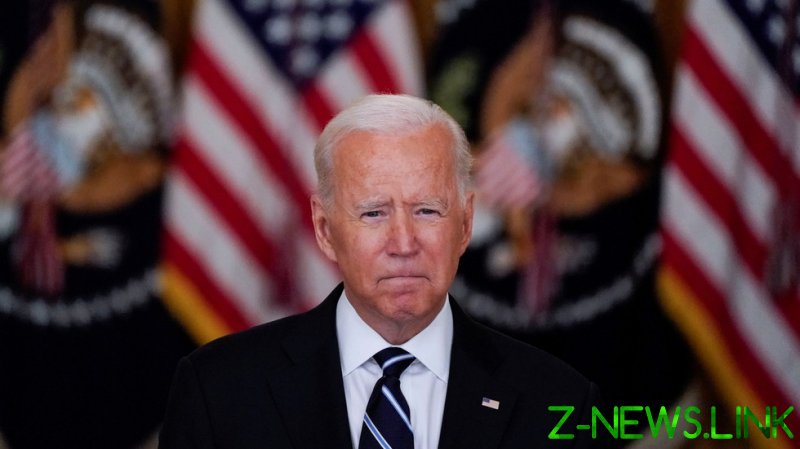 To that end, his new executive order “blocks the property and interests in property of foreign persons” who are “engaging in certain activities or providing certain services to facilitate construction of the Nord Stream 2 pipeline project, among others.”

The State Department and Treasury will identify the specific persons and entities, in line with the Protecting Europe’s Energy Security Act (PEESA) of 2019, Biden said, and sanction them “unless a national interest waiver under section 7503(f) of PEESA has been issued for such persons.”

The White House made the announcement as German Chancellor Angela Merkel was meeting with Russian President Vladimir Putin in Moscow. Nord Stream 2, which is expected to double the volume of Russia’s gas exports to Germany, was one of the items on their agenda.

The new sanctions apply to the Russian companies Nobility and Constanta, an insurer involved in the pipeline project, as well as to the supply ship Ostap Sheremeta, Bloomberg reported, citing State Department sources. The waiver reference suggests they will not apply to the Nord Stream 2 corporation and its German chief executive; Biden made the exemption for them in May, explaining that the pipeline was almost complete and futile efforts to block it weren’t worth endangering the alliance with Berlin.

This means the sanctions will be largely symbolic, as the pipeline is expected to be complete within a week or less. Once operational, it will allow Russia to significantly increase the amount of natural gas it can deliver to Germany directly, without depending on Ukraine or Poland for transit.

The US and Germany announced a “deal” in July that would see Berlin compensate Kiev for potential loss of transit fees and lobby Moscow to extend the transit arrangement through 2034. Putin has said Russia will abide by its contractual obligations, but the Russian government has made it clear that the US-German deal is not legally binding on Moscow.