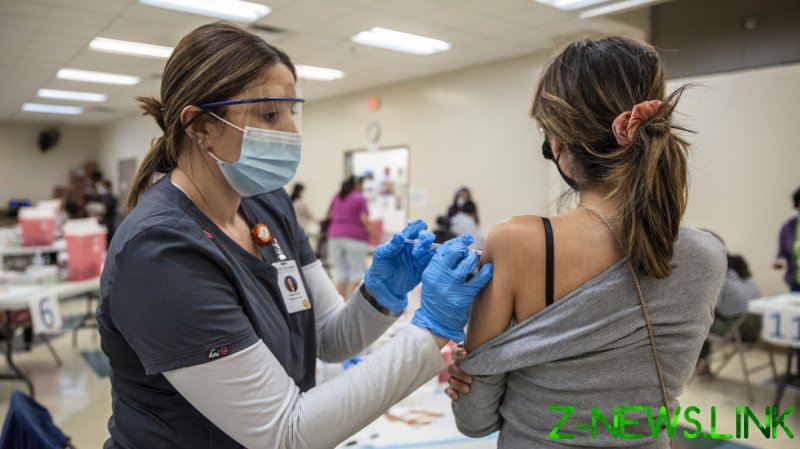 The White House will reportedly make an official announcement on the missed goal on Tuesday.

Some 65.4% of Americans over the age of 18 have currently received at least one dose of a Covid-19 vaccine, according to the Centers for Disease Control and Prevention (CDC), while just under 60% have received both doses.

Biden announced the plan in May, publicly declaring, “Our goal by July 4 is to have 70% of adult Americans with at least one shot and 160 million Americans fully vaccinated.

“That means giving close to 100m shots – some first shots, others second shots – over the next 60 days,” he noted, adding that “the light at the end of the tunnel is actually growing brighter and brighter.”

Just over 150 million Americans have been fully vaccinated at present – 10 million less than Biden’s goal with just under two weeks to go until July 4.