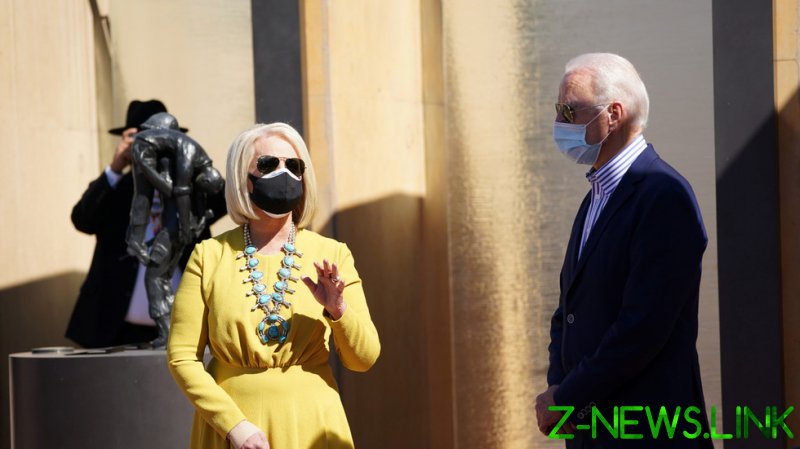 The nomination was announced by the White House on Wednesday alongside a slate of picks for other key positions. McCain said she was “deeply honored” by the move.

If confirmed by the Senate, she would be granted the rank of ambassador and become the top American envoy for the United Nations’ food assistance project, which is among the world’s largest humanitarian efforts.

McCain has made no secret about her support for Biden, endorsing his 2020 presidential run against the Republican Donald Trump. She spoke in Biden’s favor at last year’s Democratic National Convention and later served on his transition team.

Despite McCain’s steady drift away from the GOP, the New York Times characterized her nomination as Biden’s attempt to “emphasize the importance of bipartisanship in a deeply divided Washington.”

Biden, himself a a former US senator, also maintained a close friendship with the late McCain, a hawkish Republican who passed away in 2018 after a bout with brain cancer. A frequent critic of Trump, McCain earned praise from Democrats in 2017 after crossing the aisle to vote in favor of the Affordable Care Act, a centerpiece healthcare program of the Barack Obama administration. Almost a decade earlier, he and Obama ran against each other for the presidency.

Helping Obama’s Vice President Biden to become the first Democrat to win Arizona since 1996, Cindy McCain’s endorsement in the 2020 presidential race also earned her scorn from rank-and-file Republicans, with the state GOP in her native Arizona voting to censure her and other prominent party figures who clashed with Trump.

McCain is an heiress of the Hensley Beverage Company, becoming chair of the multi-million dollar firm after her father’s death in 2000. She also serves as an adviser on human trafficking at the McCain Institute for International Leadership at Arizona State University, endowed by the late senator.

The White House announced its first series of picks for ambassador positions earlier this month. However, several key roles remain empty, including ambassadorships to China, Japan and India. While the administration has reportedly finalized those nominations behind the scenes, it is not clear why they have not been announced.