Biden has defeated Trump. Meet the new boss… same as the old boss 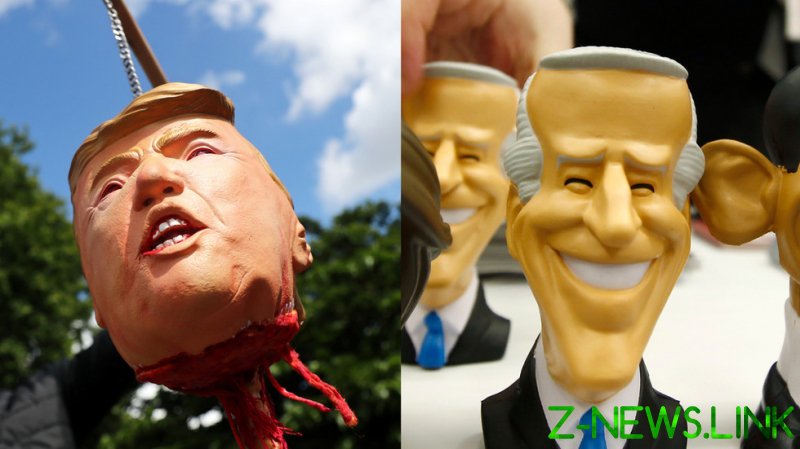 A few hours ago I was startled by a collective shout that went out across my neighborhood here in Los Angeles. I had no idea what all the noise was about, but people were making quite an exuberant ruckus. After checking the news I quickly realized the cheers were due to the fact that all the networks were officially calling the presidential race for Joe Biden.

I haven’t heard that much happy screaming since a few weeks ago when the Dodgers won the World Series, and before that when the Lakers won the NBA championship.  It is apropos that Angelinos would cheer Biden’s victory the same way they celebrated their sports team’s titles… as all of these events are nothing but a function of empty tribalism and vacuous emotionalism that in the long run don’t actually mean a damn thing.

For the fools here in the City of Angels celebrating Biden’s victory, nothing will fundamentally change in their lives, for good or for ill. They will still have to step over hordes of homeless people and used needles and human excrement as they navigate this sick, venal, miserable third world shithole trying, and usually failing, to scratch out a living and to make ends meet.

Biden’s rapturously received electoral victory is a vacant win for nothing but a stylistic change. The hysterically happy masses around me are overjoyed because Biden isn’t as much of a boor as Trump, not exactly a high bar. That said, Biden will certainly be more of a bore than Trump.

On substance, Biden is, like the Orange Man liberals love to loathe, a shameless corporatist who will bend over backwards to fill the coffers of the fat cats in board rooms and on Wall Street, all while screwing over poor, working and middle-class people.

Biden’s ascension to the American throne is akin to the dreadful sitcom Two and a Half Men replacing Charlie Sheen with Ashton Kutcher. The obnoxious Sheen and his “tiger blood” were gone, but the show still really sucked… and Kutcher was an annoying jerk in his own right.

As far as Biden replacing Trump goes, for people like me, things will only change on the surface and the sitcom that is American politics will still suck.

For instance, those who think public college should be tuition free for the working class and student debt cancelled, meet Joe Biden, the man who was instrumental in getting a bankruptcy bill passed that made it impossible to discharge student debt, thus damning generations to indentured servitude to pay back school loans over-inflated through government interference.

For people who think we should have universal health care, meet Joe Biden, an architect of Obamacare, that insidious bill written by insurance companies that fleeces Americans by forcing people to buy their abysmal product at exorbitant prices under force of law. Biden, similar to Trump, has even promised to veto any universal health care bill that would ever come to his desk.

For those opposed to Wall Street socializing losses while privatizing gains, meet Joe Biden, who will, like Clinton, Bush, Obama and Trump before him, populate his administration with nefarious Wall Street shills and despicable devotees of the Goldman Sachs cult who will hungrily devour any taxpayer bailouts that they can get their hands on.

For peace loving people who think America should be less militaristic, belligerent and bellicose abroad, meet Joe Biden, the man who voted for the Iraq War that killed tens of thousands, and is a poodle to the Pentagon with an itchy trigger finger to get tough with America’s adversaries, be they real or imagined, across the globe.

For those who think the drug war and criminal justice system are an abject failure, meet Joe Biden, the man who wrote the 1994 Crime Bill that has given America the dubious distinction of having the highest prison population rate in the entire world.

For working class folks that have repeatedly gotten screwed by Washington’s corporate friendly free trade policies that decimated the manufacturing base in America and eventually led to the rise of Donald Trump, meet Joe Biden, the NAFTA-loving narcissist who pretends to be a man of the people but is really the lap dog of big money interests.

For people outraged by Trump putting “kids in cages” as part of his crackdown on illegal immigration, meet Joe Biden, who was vice president during the Obama administration which aggressively deported more immigrants than Trump and who also put “kids in cages”.

For every emotionally triggered simpleton so gloriously giddy over Trump’s demise and Biden’s rise: meet the new boss… same as the old boss. You are all being fooled. Me… I won’t get fooled again.