Home / WORLD / Biden has boxed himself into a corner on Iran, but the solution is simple… rejoin the nuclear deal with no preconditions

Biden has boxed himself into a corner on Iran, but the solution is simple… rejoin the nuclear deal with no preconditions 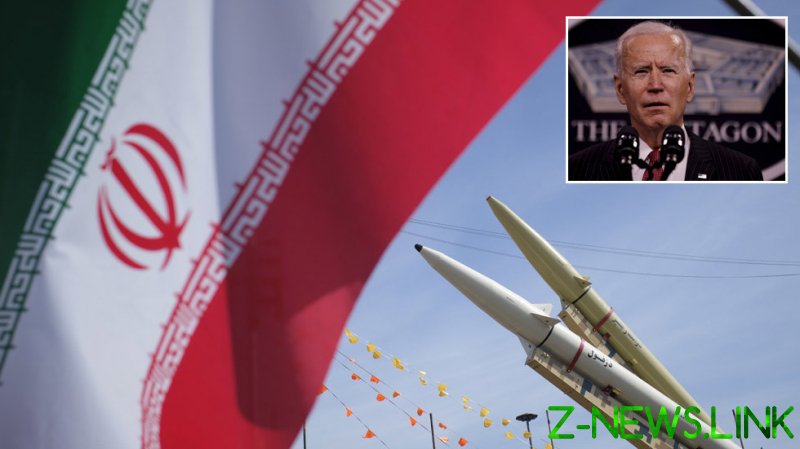 The US Senate confirmation hearings for President Joe Biden’s nominee for the position of deputy secretary of state, Wendy Sherman, offer interesting insights into the quandary facing the Biden administration in fulfilling a campaign pledge to rejoin the Joint Comprehensive Plan of Action (JCPOA, better known as the Iran nuclear agreement).

While a vote along strict party lines would assure her of confirmation, the fact is Sherman faces an uphill fight given her prior role in negotiating the 2015 Iran nuclear agreement, and the fact that many senior Democrats, including Senator Bob Menendez, the Chairman of the Senate Foreign Relations Services Committee overseeing her hearing, are vehemently opposed to the deal.

Menendez’s arguments against the Iran nuclear deal, initially articulated during a floor speech in May 2015, have not changed over time. Simply put, he does not trust Iran to comply with the deal, and is fearful of any movement toward rejoining the agreement that would keep Congress out of the loop.

His position, and that of many others, is that any nuclear deal with Iran must go beyond the conditions imposed under the existing agreement, lengthening the time during which Iran would be constrained, and increasing the severity of the restrictions imposed. He also believes that there can be no agreement on Iran’s nuclear program that does not consider its ballistic missile capabilities and so-called “malign” activities in Lebanon, Syria, Iraq and Yemen, among others.

Menendez’s position is not far removed from that of President Biden. While the public perception is that candidate Joe Biden made a straightforward campaign pledge to rejoin the Iran nuclear agreement if elected, the reality is somewhat different. In a September 2020 op-ed penned for CNN, Biden outlined a course of action that reflects the thinking of his administration when it comes to Iran’s nuclear program. “I will offer Tehran a credible path back to diplomacy,” Biden noted then. “If Iran returns to strict compliance with the nuclear deal, the United States would rejoin the agreement as a starting point for follow-on negotiations. With our allies, we will work to strengthen and extend the nuclear deal’s provisions, while also addressing other issues of concern.”

As such, it should not have come as any surprise when Sherman, one of the key negotiators of the Iran nuclear agreement, failed to rise in defense of the document she helped create during her hearing. Rather, Sherman seemed to morph into a mini-Menendez, echoing his concerns in a statement that could have been written by the senator himself. “I remain clear-eyed about the threat that Iran poses to our interests and those of our allies,” Sherman said.“I would note that 2021 is not 2015, when the deal was agreed, nor 2016, when it was implemented. The facts on the ground have changed, the geopolitics of the region have changed, and the way forward must similarly change.”

Sherman indicated that, if confirmed, she would take a new approach toward any future negotiations regarding Iran’s nuclear program. She noted that she did not anticipate the Biden administration replicating the negotiating strategy of the Obama administration, adding that any agreement would “be decided on the merits of where we are today, not nostalgia for what might have been.”

While Sherman’s verbal gymnastics may very well win her confirmation, adding her voice to a growing chorus of bi-partisan demands for substantive changes in the scope and scale of the Iran nuclear agreement as a precondition for the US rejoining does not alter the fact that the Biden administration is setting itself up for failure. By caving into domestic pressure to make demands that are as unrealistic as they are unreasonable, the Biden administration is setting the same trap for itself as the Obama administration.

Prior to 2014, the Obama administration had insisted on Iran’s total abandonment of nuclear enrichment as a precondition for the lifting of sanctions. Ultimately, Iran refused to yield, while actually expanding the size and capabilities of its indigenous enrichment capability.

Having boxed itself into a corner where the only path out was an unwinnable war that would devastate the Middle East and gut the global economy, the Obama administration capitulated on its demands of zero enrichment, agreeing to permit Iran to engage in limited enrichment activity which would be subjected to restrictions that would ease and eventually expire over time. This was the JCPOA, which Sherman helped negotiate.

The Biden administration appears to be making a similar “red line”-based argument when it comes to rejoining the agreement. Either Iran agrees to preconditions regarding the JCPOA’s de facto renegotiation – which would include greater restrictions on its nuclear program spread out over a longer period, limits on its ballistic missile program, and restraint when it comes to support for its regional allies – or no deal.

The outcome of this approach is already known – no deal. A Biden administration offer to join Iran, together with the other parties to the JCPOA, in direct talks was rejected by Iran. Far from a blanket rejection, however, the Iranian decision was because the US would not provide assurances that the talks would be limited to the JCPOA. Iran has made it clear that it is ready to engage in discussions concerning the unconditional return to the JCPOA by the US, inclusive of the lifting of all sanctions. However, Iran feared that the Biden administration and its European allies would use any formal meeting as a vehicle for redefining the conditions for the US rejoining the JCPOA, thereby providing legitimacy to these conditions. The Biden administration offer was a trap, one which was identified beforehand by Iran and disarmed.

Iran was able to outmaneuver another Biden administration effort to define the terms of America’s return to the JCPOA, this time through an indirect approach made through the International Atomic Energy Agency’s (IAEA) Board of Governors. The US, together with the UK, France and Germany, had put forward a resolution to the IAEA Board of Governors which was very critical of Iran. The proposed resolution would have echoed the concerns expressed by the IAEA Director General Rafael Mariano Grossi in a statement made to the Board of Governors.

Grossi highlighted his concerns over Iran’s decision to stop its implementation of the provisions of the Additional Protocol and Modified code 3.1 of the subsidiary arrangements to the Safeguards Agreement, conditions it had voluntarily agreed to comply with as part of the JCPOA, as well as its failure to date to provide a credible explanation for the presence of multiple uranium particles of anthropogenic origin, including isotopically altered particles, detected by IAEA inspectors at several locations across the country.

Left unstated, however, was that without exception, every issue raised by Grossi would have been dealt with by the IAEA and Iran within the framework of a fully functioning JCPOA. But by Grossi giving voice to these concerns outside that framework, Iran believed he was politicizing what otherwise were straightforward technical issues.

Moreover, with the threat of these issues being brought before the IAEA Board of Governors in the form of a resolution, Tehran feared a repeat of a precedent set by the US in 2005-2006, where it was able to transform technical concerns over Iranian compliance into a political issue that eventually saw the Iran nuclear file transferred away from the IAEA Board of Governors to the UN Security Council.

Indeed, one of Iran’s major demands as part of the JCPOA was to have its file transferred out of the Security Council and back to the IAEA Board of Governors. Facing the repeat of history, Iran let it be known that if the IAEA Board of Governors were to take up this US-backed resolution, it would cease all cooperation with the IAEA on JCPOA-related activity, in effect killing the agreement. Yielding to this reality, the UK, France, and Germany withdrew their support for the US resolution.

As things currently stand, the IAEA and Iran have an agreement in place to keep the infrastructure that serves as the framework for inspection-based compliance verification of the JCPOA intact, even if actual inspections are not occurring. Iran has committed to instantly returning to full compliance with its obligations under the JCPOA once all sanctions are lifted. The quickest way for this to happen would be the unconditional return of the US to the JCPOA. The IAEA-Iranian agreement, however, comes with a three-month deadline, after which Iran will permanently scrap the frozen inspection framework. Iran has made it clear that it will not yield on its demands.

The Biden administration has, like the Obama administration before it, boxed itself into a corner by setting unrealistic preconditions. Sherman’s confirmation hearing underscored the reality that any effort to rejoin the JCPOA “as is” will be vehemently opposed by Congress. In the end, the Biden administration is left with two choices – stand its ground and see the JCPOA collapse and the probability of conflict with Iran increase, or issue an executive order that has the US rejoining the JCPOA without preconditions. These are the “facts on the ground,” and no amount of “nostalgia” can change them.