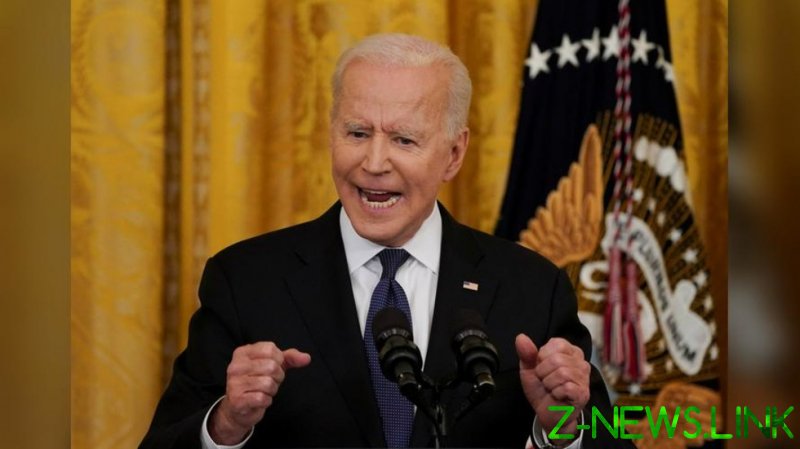 “I have now asked the intelligence community to redouble their efforts to collect and analyze information that could bring us closer to a definitive conclusion and to report back to me in 90 days,” Biden said on Wednesday in a statement. He added that other agencies, including US National Labs, will contribute to the study, which may include “specific questions for China.”

Biden addressed the issue of how the pandemic began after CNN reported late Tuesday that his “team” shut down a State Department investigation that was launched last fall by former President Donald Trump’s administration to prove that the virus leaked from a Wuhan lab with links to the Chinese military. The article, which cited “sources familiar with the decision,” said there were concerns about the quality of evidence and possible “cherry-picking” of facts.

The Biden administration has faced increasing pressure over its efforts – or lack thereof – to investigate Covid-19’s origin after the Wuhan lab theory gained traction in recent days. Mainstream media outlets that had previously dismissed and mocked the Wuhan lab theory, such as the Washington Post, acknowledged in the past week that it had suddenly become “credible.”

On Tuesday, White House press secretary Jen Psaki reiterated that Washington is relying on the World Health Organization to oversee an international investigation into Covid-19’s origins. The WHO had previously echoed the Chinese Communist Party’s assertion that the virus spread naturally from animals to humans, and it dismissed the lab theory.

Biden said his administration will “keep working with like-minded partners around the world to press China to participate in a full, transparent, evidence-based international investigation and to provide access to all relevant data and evidence.”

The president said that shortly after he took office, he directed national security adviser Jake Sullivan to task intelligence agencies to report on their latest analysis of the origins of Covid-19, including “whether it emerged from human contact with an infected animal or from a laboratory accident.” But that request didn’t go out until March. Biden took office in January. And he gave no indication as to why a lab leak of the virus would necessarily be an accident.

Biden said he received the requested report earlier this month. Intelligence agencies have “coalesced around two likely scenarios,” he added, without saying what those scenarios are. Two intelligence factions back one of the scenarios and one supports the other, but confidence in both theories is “low or moderate.”