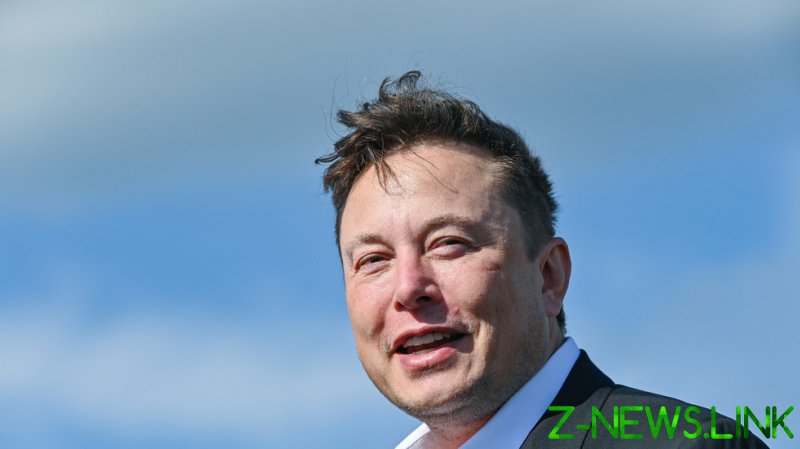 President Joe Biden referred to Tesla as the largest electric car manufacturer in the United States after CEO Elon Musk launched a scathing tirade at the US president for seemingly ignoring the company while praising its competitors.

Biden praised the companies for helping to bring “microchip manufacturing back to America after decades of decay.”

Musk responded to the mention with a smiley face sunglasses emoji and thanked a petition calling on the White House “to acknowledge Tesla’s leadership in regards to electric vehicles,” which received over 58,000 signatures, claiming it “made a difference.”

Musk has repeatedly complained about the Biden administration seemingly turning a blind eye on his company while praising more traditional car manufacturers with a smaller electric car output for their efforts against climate change.

Musk became particularly enraged last month after Biden released a video with General Motors CEO Mary Barra and commended the company – along with Ford – for “building more electric vehicles here at home than ever before.” Tesla did not receive a mention.

“Starts with a T… Ends with an A… ESL in the middle,” Musk tweeted in response at the time. In a series of strong-worded posts, the billionaire entrepreneur called Biden a “damp [sock] puppet in human form” and accused him of “treating the American public like fools.”

Tesla investor Scott Wainner also unloaded on Biden, questioning whether his video was “some kind of joke.” “You’re congratulating someone who sold *** 26 EV units *** in Q4,” he tweeted, in reference to GM.

Tesla’s Model Y and Model 3 – which are both manufactured domestically – are the top-selling electric vehicles in the US by a huge margin, with little competition.