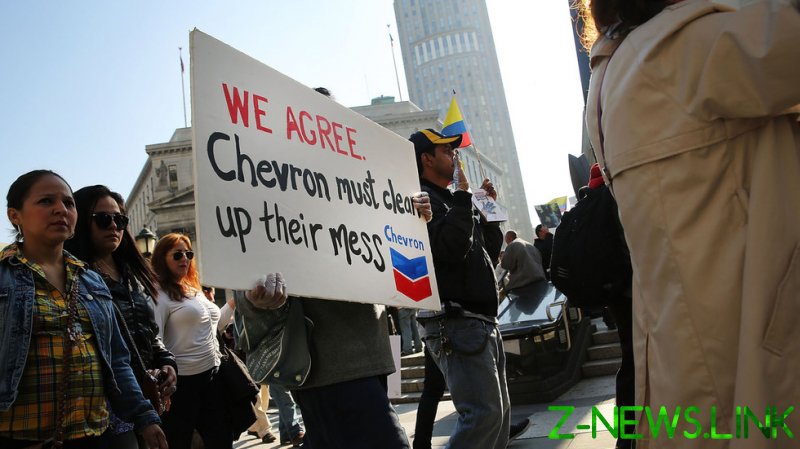 President Joe Biden nominated a list of judges this week, and one has particularly stood out due to her history with the Republican Party, including Donald Trump, and her involvement in a lawsuit by Chevron against environmental and human rights lawyer Steven Donziger.

“Outraged to learn that Biden has named @Chevron lawyer Jennifer Rearden to be a federal judge,” Donziger tweeted on Thursday in reaction to the nomination, highlighting the lawyer’s work with Gibson, Dunn & Crutcher LLP on behalf of Chevron, and claiming that she helped “jail [him], attack Indigenous peoples, and cover up a massive oil spill in the Amazon.”

Donziger was one of the lawyers behind a 2011 ruling of over $9 billion against Chevron in an Ecuadorian court, where the oil company was accused of causing massive pollution damage that greatly affected parts of the Amazon and Indigenous communities. Three years later, however, the company found support from a US federal court, which blocked the money from being collected.

Donziger was also found guilty of professional misconduct and disbarred. He has denied any wrongdoing, and environmental activists continue to call for his release from house arrest, blasting the legal campaign against him as politically motivated. Donziger has been in what he dubs “illegal detention” since August 2019.

Others reacted with disbelief upon learning that Rearden was previously nominated to serve as a federal judge in the Southern District of New York by none other than Trump. She was one of dozens of nominees to not receive a Senate confirmation vote. Rearden’s nomination was pushed in part by Senator Kirsten Gillibrand (D-New York), according to a report from the Intercept.

Rearden has been a donor to Gillibrand in the past, but also numerous Republican politicians, including giving $2,300 to former New York City mayor Rudy Giuliani during his unsuccessful run for president in 2008.