Home / WORLD / Biden ends US backing for Saudi-led coalition in Yemen, but America will continue to ‘help Riyadh against Iranian-supplied forces’

Biden ends US backing for Saudi-led coalition in Yemen, but America will continue to ‘help Riyadh against Iranian-supplied forces’ 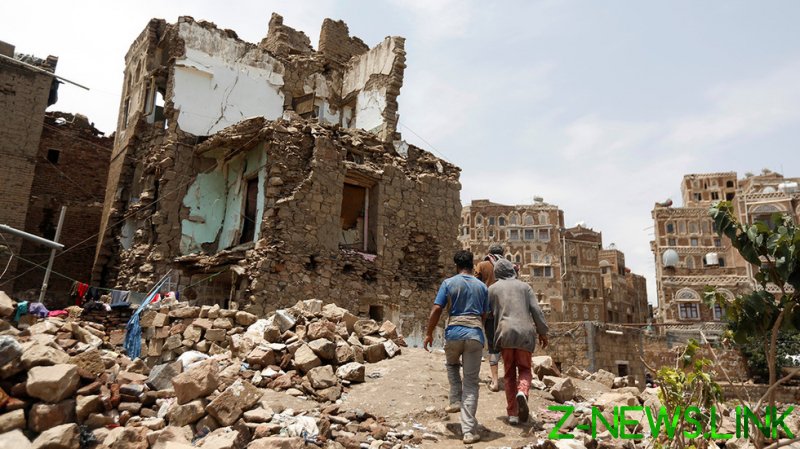 Speaking in a televised address from the State Department on Thursday, Biden said Washington’s focus was on finding a diplomatic solution to the war in Yemen and lend its support to restoring the “long-dormant peace talks.”

However, it remains to be seen what practical effect the shift will have on the dynamic of the years-long conflict and America’s role there. While the decision will impact “relevant arms sales,” the move does not extend to US airstrikes against AQAP, the Arabian Peninsula branch of terrorist group Al-Qaeda.

Biden also clarified that America would continue to support Saudi Arabia to defend its sovereignty and its territory.

Some 10 million people in Yemen are at risk of famine due to the ongoing conflict, according to Human Rights Watch, which says the war has resulted in the world’s largest humanitarian crisis.

In November, UN Secretary-General Antonio Guterres warned that the country was in “imminent danger of the worst famine the world has seen for decades.”

Biden’s announcement that the US will cut its support for the Saudi-led coalition in Yemen is the president’s latest move to reverse the foreign policy of his predecessor Donald Trump.

On Wednesday Air Force General Tod Wolters announced that Biden would “freeze” Trump’s plan to withdraw 12,000 US troops from Germany while the Pentagon reviews the policy. Biden confirmed the decision during his State Department address on Thursday.