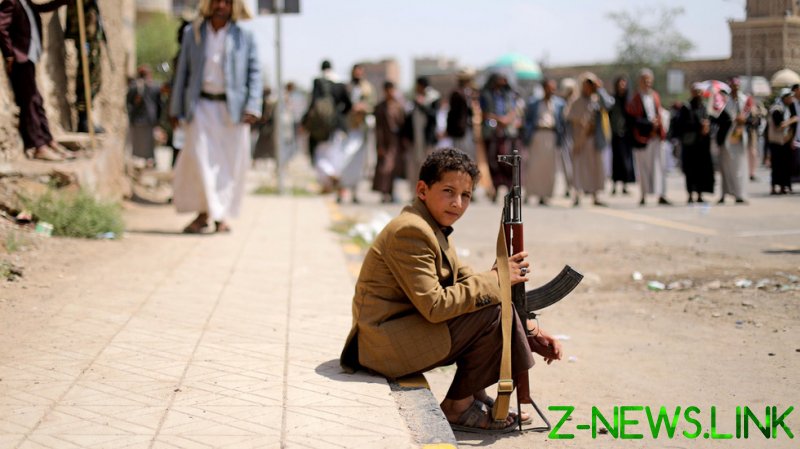 National Security Advisor Jake Sullivan previewed the Yemen announcement ahead of President Joe Biden’s major foreign policy speech on Thursday, telling reporters the decision “extends to the types of offensive operations that have perpetuated a civil war in Yemen that has led to a humanitarian crisis,” and that it does not apply to US operations against Al-Qaeda in the Arabian Peninsula (AQAP).

The news was immediately hailed by peace activists, who praised Biden even as they admitted they didn’t know all the details.

Other critics of the US intervention in the Arabian peninsula were more skeptical, however, pointing out that details are where the devil usually hides.

As one journalist pointed out, all Saudi Arabia has to do is declare its military operations “defensive” in nature in a rhetorical sleight of hand.

Actually ending the war in Yemen would involve ending US weapons sales to the Saudi-led coalition, as well as refueling, repairs and assistance with targeting, for example.

All of those were extended to Saudi Arabia, the UAE and Egypt by the Obama administration – in which Biden was vice president – in March 2015, when the coalition led by Riyadh invaded Yemen on behalf of the ousted president Abdrabbuh Mansour Hadi. The Trump administration that followed continued supporting the coalition, arguing that the Ansarallah movement of the Shia Muslim Houthies are Iranian “proxies” and therefore a threat to the Sunni US allies.

One of the last acts of Trump’s Secretary of State Mike Pompeo was to designate Ansarallah a terrorist organization, arguing that doing so would “advance efforts to achieve a peaceful, sovereign, and united Yemen that is both free from Iranian interference and at peace with its neighbors.”

The Biden administration issued a one-month waiver of this decision on January 26, but has yet to revoke it.

After almost six years of land and air warfare, the US-backed coalition has only managed to create a humanitarian crisis in Yemen, with some 80 percent of the country’s population relying on food aid to survive, according to UN estimates. The Houthis have actually increased the amount of territory they control and dealt a series of defeats to the Saudi forces.