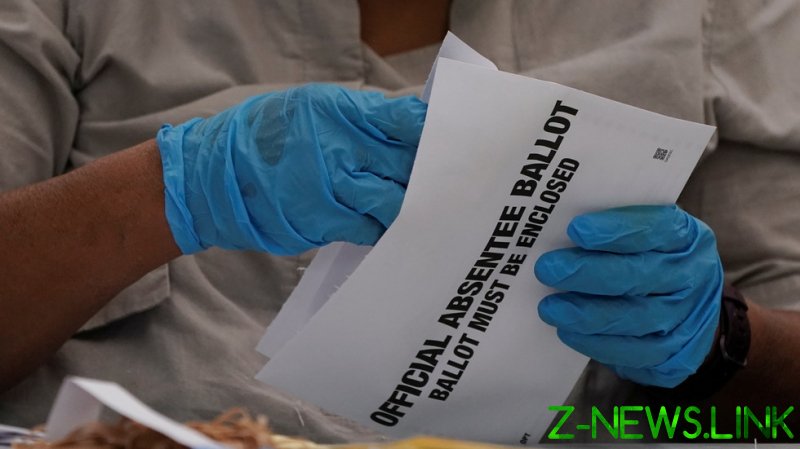 “This lawsuit is the first step of many we are taking to ensure that all eligible voters can cast a vote; that all lawful votes are counted; and that every voter has access to accurate information,” said Attorney General Merrick Garland on Friday. The DOJ is challenging Georgia’s state Senate Bill 202 under Section 2 of the Voting Rights Act, arguing it was passed for racist reasons.

Georgia administered the 2020 elections under rules established by a legal settlement with Democrat activist Stacey Abrams, rather than set out by the state legislature. State lawmakers sought to change that by adopting the new rules in March, which Republicans said would uphold voter integrity, but Democrats denounced as racist.

The lawsuit was “born out of the lies and misinformation the Biden administration has pushed against Georgia’s Election Integrity Act from the start,” Governor Brian Kemp, a Republican, tweeted in response to Garland’s announcement.

“Joe Biden, Stacey Abrams, and their allies tried to force an unconstitutional elections power grab through Congress – and failed,” he added, referring to Monday’s failure of a Democrat voter reform proposal to overcome the filibuster in the US Senate. “Now, they are weaponizing the US Department of Justice to carry out their far-left agenda that undermines election integrity and empowers federal government overreach in our democracy.”

Kemp added that he has fought the Obama DOJ twice before “to protect the security of our elections” and won. “I look forward to going three for three to ensure it’s easy to vote and hard to cheat in Georgia.”

The DOJ is specifically challenging the provisions of the bill banning government entities from sending unsolicited absentee ballot applications and fining nongovernmental actors who send absentee applications. The department is also challenging shortening the deadline to apply for absentee ballots to 11 days before election day, some voter ID requirements, limitations on ballot drop boxes, and bans against “churches and civic groups” handing out food and water in voting lines, among other things.

The lawsuit is “the first of many steps,” Garland told reporters. The DOJ is scrutinizing new laws “that seek to curb voter access” in other states as well, and will act if it sees violations of federal law.

In addition to the lawsuit against Georgia and possibly other states, the DOJ has established a new task force to “protect the workers who run our elections and prosecute any groups or individuals who threaten them as they fulfill their duties,” Deputy Attorney General Lisa Monaco announced.

“A threat to any election official, worker or volunteer is at bottom, a threat to democracy,” Monaco wrote in a memo to US attorneys and FBI field offices, arguing that poll workers must be able to do their jobs “free from improper partisan influence, physical threats, or any other conduct designed to intimidate.”

The memo was hailed as a potential “game changer” by Marc Elias, a leading Democrat lawyer working on elections issues.

The DOJ action appears to have been informed, if not influenced, by media reports about election officials resigning across several states due to what the media said was a campaign of intimidation and pressure by Republicans.

“The once quiet job of election administration has become a political minefield thanks to the baseless claims of widespread fraud that continue to be pushed by many in the Republican Party,” is how the AP put it earlier this month.

Official results of the 2020 presidential election showed Democrat Joe Biden winning a record 81 million votes and carrying several swing states – including Georgia – where the incumbent President Donald Trump had a lead on election night, after mail-in ballots were counted. The unprecedented expansion of mail-in voting was introduced by many states citing the Covid-19 pandemic. Democrats now seek to make it permanent and universal, while Republican state legislatures are by and large opposed.