Home / WORLD / Biden declares his inauguration day a ‘National Day of Unity,’ calls on Americans to join him in defeating ‘political extremism’

Biden declares his inauguration day a ‘National Day of Unity,’ calls on Americans to join him in defeating ‘political extremism’ 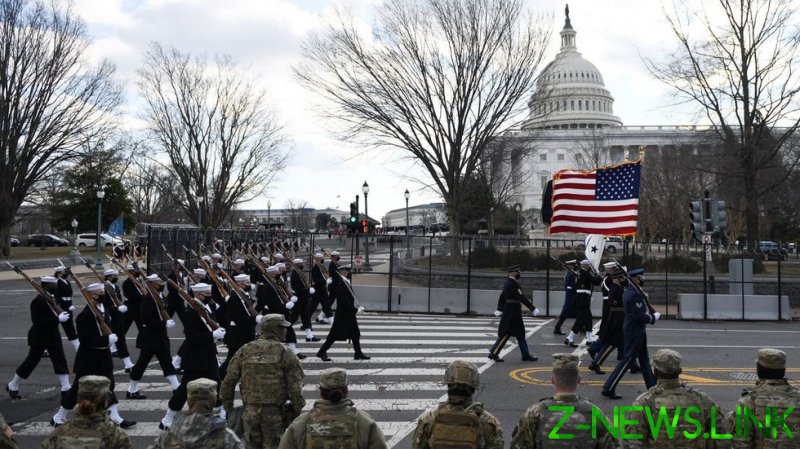 Minutes after settling into the White House on Wednesday, Biden sent out the proclamation which rehashed the key points of his inaugural address, verbatim.

In issuing the proclamation, Biden invited Americans to “join together and write the next story of our democracy – an American story, of decency and dignity, of love and of healing, and of greatness and of goodness.”

The newly sworn-in president called unity the “beating heart of a democracy” needed to “restore the soul of America,” which is threatened by an economic crisis, a pandemic, “calls for racial justice some 400 years in the making” and a “climate crisis with force and fury.”

This was a reference to supporters of former President Donald Trump, some of whom stormed the Capitol two weeks ago in protest of Congress certifying Biden’s election despite Trump’s claims of irregularities and fraud in several states, which the mainstream and social media suppressed and courts rejected on technical grounds.

In Biden’s telling, however, “in this dire moment, democracy prevailed” and he and Vice President Kamala Harris now have absolute legitimacy and the popular mandate for their agenda.

“Today, we celebrate the triumph of democracy after an election that saw more Americans voting than ever before in our Nation’s history, and where the will of the people has been heard and heeded,” he said in the proclamation.

Some 25,000 National Guard troops had been deployed to Washington, DC in days prior to the inauguration citing security threats that never materialized. There was no usual crowd on the National Mall, which was cordoned off citing the state of emergency and the Covid-19 pandemic. They were replaced by a sea of American flags instead.