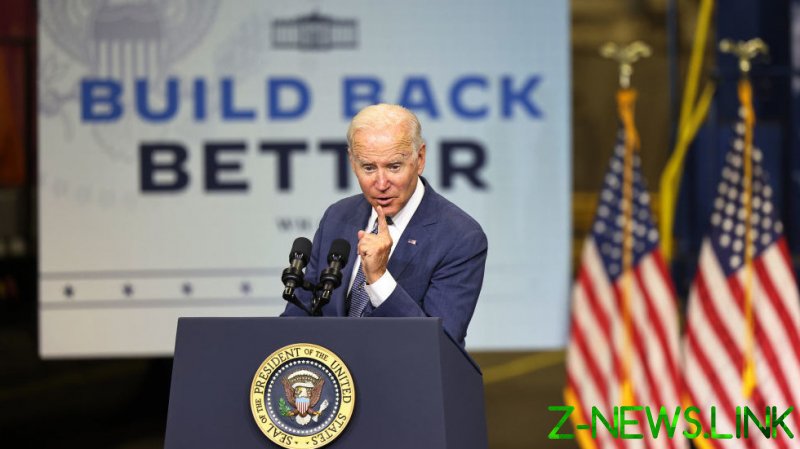 Asked on Tuesday whether President Biden’s ‘Build Back Better’ agenda could be renamed and relaunched, White House Press Secretary Jen Psaki said “sure.” The cornerstone of Biden’s agenda, a $2 trillion spending bill, failed to win unanimous support from Democrats in Congress.

The ‘Build Back Better Act’ was hailed by President Biden as the key bill in his agenda of the same name. With a price tag of at least $2 trillion, the bill promised to dramatically expand America’s welfare system and invest heavily in green energy. It would have loosened immigration enforcement and invested in healthcare and childcare, among other provisions.

Asked during a press briefing whether the bill could be revived with a rebrand, Psaki said “sure,” adding that the Democrats were working “to determine how much of the president’s Build Back Better agenda, whatever you call it, can be moved forward.” 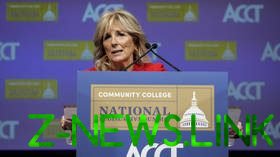 Upon taking office, Biden promised to put in place a ‘Build Back Better’ framework by passing several key bills, but implementing that agenda has proven difficult, given the razor-thin majority Democrats hold in the Senate. The party managed to pass the $1.9 trillion American Rescue Plan without Republican support, but were forced to compromise to squeeze a $1.2 trillion infrastructure bill through Congress.

The provisions hacked off the infrastructure bill became the ‘Build Back Better Act,’ but without the support of Manchin and Sinema, and with Democrats looking more and more likely to lose their Congressional majority in November, Biden has no clear path to passing them.

Republicans in particular will likely be less ready to support such a massive spending bill should inflation continue to spiral. Moreover, the phrase ‘Build Back Better’ was first thrust into the mainstream by the World Economic Forum and aped by politicians around the world during the Covid-19 pandemic, and – to right-wingers in the US – carries associations with technocracy and globalism.

Renamed or not, Biden said last month that he intends to pass some provisions of the bill in “chunks.” As Psaki spoke on Tuesday, the president met with utilities CEOs to discuss funding for clean energy. Although he may be looking to pass legislation for such funding in a piecemeal manner, Biden still described his meeting as promoting “my Build Back Better Agenda.”