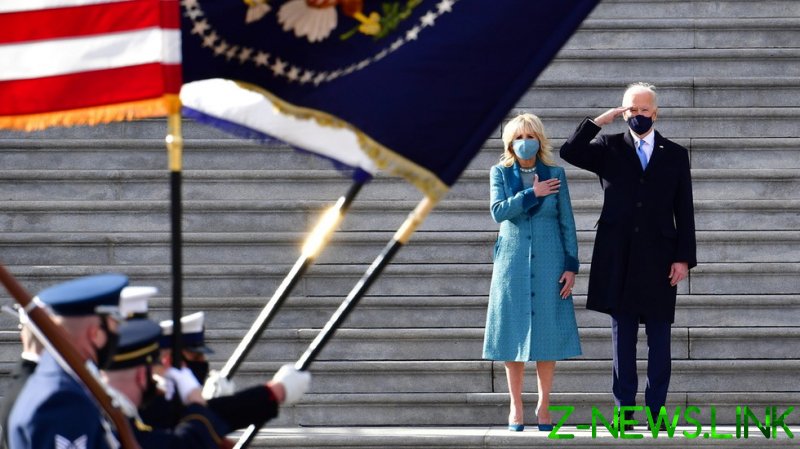 Speaking to reporters on board Air Force One on Monday, White House press secretary Jen Psaki confirmed Biden’s desire to run for re-election. The president and the first lady were en route to Fort Bragg, North Carolina for a “Friendsgiving” event with US troops based there.

Biden is already the oldest-serving US president, and will be 82 by the time the 2024 election rolls around. There was widespread speculation in 2020 that his running mate Kamala Harris was picked so she could be groomed to take over after one term. More speculation followed in recent days, as multiple polls showed Biden with record low approval ratings – and Harris even less popular than that.

At his very first press conference as president in March, Biden joked that he had “no idea whether there’ll be a Republican party” by 2024, let alone whether he would face off against Donald Trump in a rematch of 2020.

Official results showed Biden-Harris won in 2020 with the record-breaking 81 million popular votes and 306 electoral college votes to Trump-Pence’s 232, the same exact margin by which Trump beat Hillary Clinton in 2016.