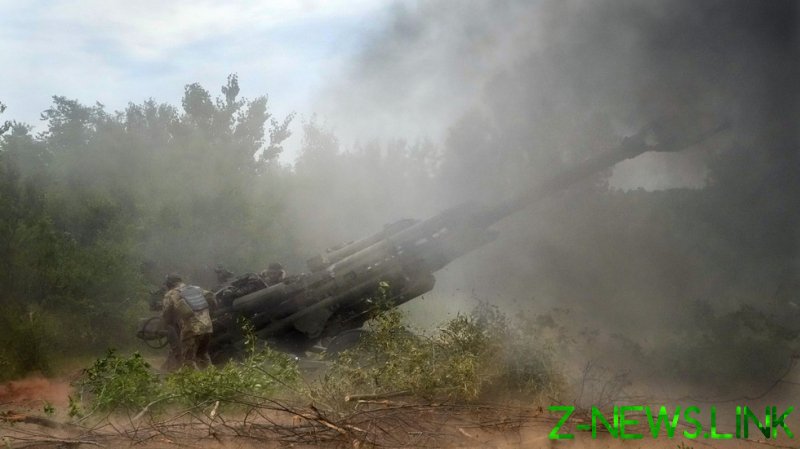 US President Joe Biden said he expects American aid to Ukraine will continue indefinitely, but argued the assistance to the country has limits after Republican critics slammed the billions in arms shipments and cash transfers authorized by his administration.

Asked whether the aid would continue “uninterrupted,” Biden told reporters “That is my expectation,” going on to respond to charges from some GOP lawmakers that US assistance to Ukraine has been excessive.

“And by the way, we’ve not given Ukraine a blank check. There’s a lot of things Ukraine wants that we didn’t do,” he said on Wednesday, noting that Kiev had requested American aircraft to defend its skies.

“I said ‘No, we’re not going to do that. We’re not going to get into a third world war, taking on Russian aircraft and directly engage,” he continued, adding that Washington had also refused certain long-range weapons “because I’m not looking for them to start bombing Russian territory.”

READ MORE: Ukraine wants to drag US into conflict with Russia – ambassador

Ahead of this week’s midterm election, Republican House leader Kevin McCarthy vowed that Kiev would no longer receive a “blank check” if his party took control of Congress. Biden, however, said he would be “surprised” if the lawmaker “even has a majority of his Republican colleagues who say they’re not going to fund the legitimate defensive needs of Ukraine.”

At one point during the presser, the president said Russian forces were “pulling back from Fallujah,” apparently confusing the Iraqi city for Ukraine’s Kherson before correcting himself.

Moscow announced a withdrawal from the city on Wednesday, to establish a new defense line along the Dnieper River in order to save the lives of soldiers and civilians, according to military officials.

Biden was also asked about recent comments in which he appeared to suggest Kiev could make territorial concessions as part of a peace deal, but denied making such a proposal.

“That’s up to the Ukrainians. Nothing about Ukraine without Ukraine,” he said, echoing a common refrain from his administration. He added that while he previously spoke of “compromises,” he didn’t have any specific ideas in mind.