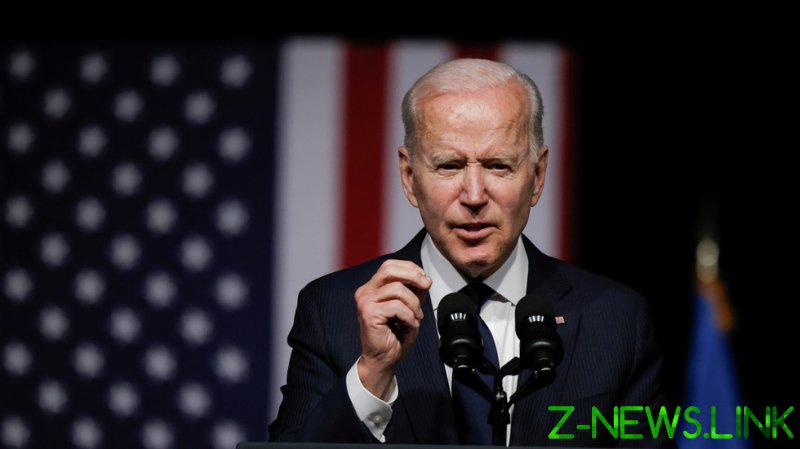 Speaking from Tulsa’s Greenwood Cultural Center after visiting with the three remaining survivors of the massacre of black citizens, Biden noted he was the first sitting president to visit the Oklahoma location, something he said he did to help erase the “silence” around the dark event, which he described in detail.

The Tulsa destruction began when a young black man named Dick Rowland was falsely accused of rape by a white woman. With a white mob demanding the sheriff turn him over, dozens of black citizens showed up to guard Rowland at his trial. After being turned away, they returned in greater numbers only for things to descend into violence with a mob of white people. The chaos led to the destruction of the Greenwood neighborhood, referred to as “Black Wall Street” thanks to its thriving black-owned businesses. Numerous homes and shops were destroyed and black citizens were killed, some even by private planes dropping bombs.

The true death count from the day is not known, but some have estimated that it could be higher than 300.

“This was not a riot. It was a massacre,” Biden said to applause, dismissing the long-held narrative that the events were a “race riot.”

“Imagine all of those hotels and diners and mom-and-pop shops that could have been passed down this past 100 years,” he later added, before announcing efforts to help in “black wealth creation,” including increasing federal contracts to “black or brown owned” businesses by 50% as well as combating the “racial discrimination in housing,” noting black home ownership is lower today than 50 years ago.

“We’re committed to changing that,” he said.

Among his administration’s other efforts is setting aside $10 billion in infrastructure spending to go to rebuilding roads, schools, etc. in disadvantaged neighborhoods.

The president also said he was putting Vice President Kamala Harris in charge of an effort to push back against new voting laws in various states he claims are trying to suppress the “right to vote.” Biden did not go into specifics, but said he would have more details about his plan in the coming days.

He wrapped his commemoration by comparing the “hate” at the center of the Tulsa Massacre, as well as voting rights issues, to more recent events such as the 2017 Charlottesville riot and Capitol riot – done by a mob of “violent white extremist thugs,” according to Biden – on January 6, which led to the death of five people, though he did mistakenly say the latter took place on January 9.

“Terrorism from white supremacy is the most lethal threat to the homeland today,” Biden claimed, citing concerns from US intelligence communities.