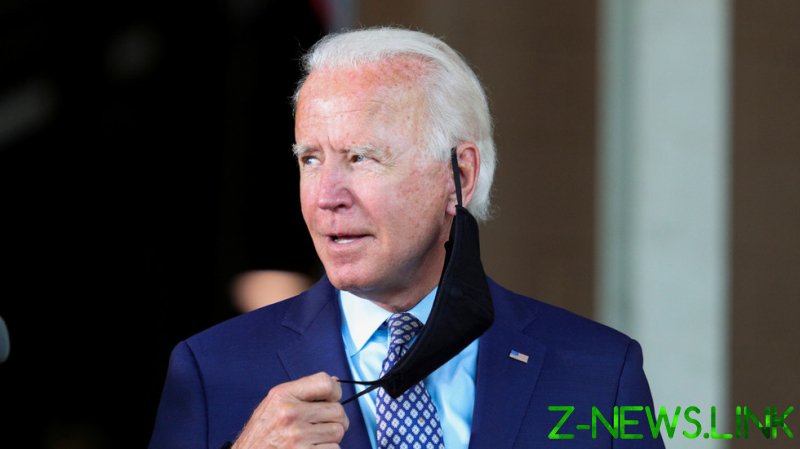 “He has not had the virus,” Bedingfield told ABC’s George Stephanopolous on Sunday. “We have put in place really strict protocols as, I think, all of your journalists who attended our convention in Delaware this week saw.”

Despite saying with certainty that the 77-year-old Biden does not have coronavirus, she said he has yet to be tested. Part of those “strict protocols” for the press though mentioned by Bedingfield included an actual test for Covid-19 to cover Biden/Kamala Harris speeches.

“To put this into perspective: members of the press were tested daily in order to be in the Chase Center in Wilmington to cover the Biden and Harris speeches. These kinds of tests are easy and results are quick. Why not just do one?” CBS News reporter Cailtin Huey-Burns tweeted.

Some were also left questioning the logic of Biden’s campaign being able to say he doesn’t have the virus when he has not been tested.

Biden has stated multiple times he has not been tested for Covid-19, but he has stressed the importance of Americans getting tested and even released a plan for free testing nationwide should he win the presidency in November.

The former vice president has said he has had no symptoms to suggest he’s had the virus, though medical officials have said people can have it and be asymptomatic, though it is less likely at Biden’s age.

White House Press Secretary Kayleigh McEnany said in July that President Donald Trump is “the most tested man in America” when it comes to the coronavirus as he is checked multiple times a day.

Bedingfield assured Stephanopoulos that Biden will be tested if he “needs to be.”