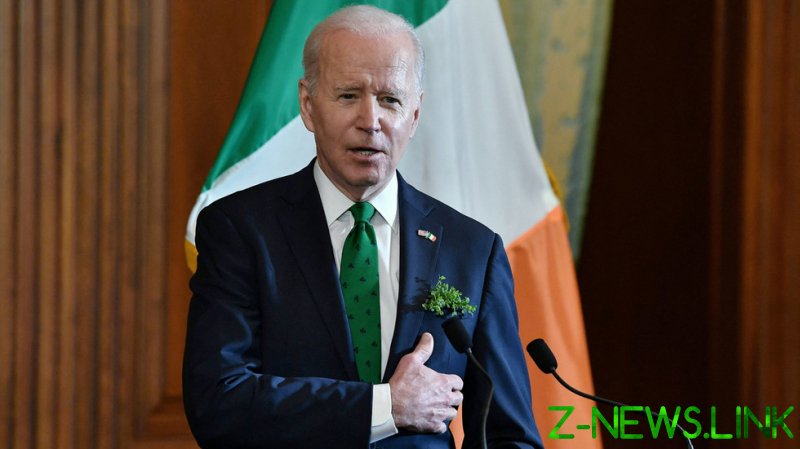 US President Joe Biden ramped up his rhetoric against Russian President Vladimir Putin on Thursday, calling him a “dictator” and a “thug” just a day after declaring him a “war criminal.”

The US and its allies are standing together against Putin, who is “a murderous dictator, a pure thug who is waging an immoral war against the people of Ukraine,” Biden declared on Thursday, at the annual Friends of Ireland Luncheon.

Biden’s remarks come just a day after he told a reporter at the White House he thinks Putin is a war criminal, after initially answering in the negative. The Kremlin responded that such remarks were “unacceptable and unforgivable,” reminding the American president of US bombs that killed “hundreds of thousands of people around the world.” 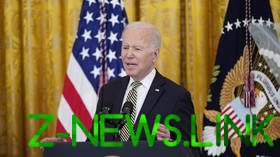 The 79-year-old US leader has called the Russian leader a “killer” in a March 2021 interview.  Before that, on multiple occasions, Biden claimed he had told Putin he had “no soul” during a meeting in 2011 – something the Kremlin said never happened.

In his remarks on Thursday, Biden seemed to repeat another claim he had made several times before, that Putin and President Xi Jinping of China were autocrats who threatened democracy globally. Joking about his upcoming call with the Chinese leader, Biden said Xi “remembers everything I’ve said.”

“All kidding aside,” Biden continued, Xi “does not believe democracy can be sustained in the 21st century.”