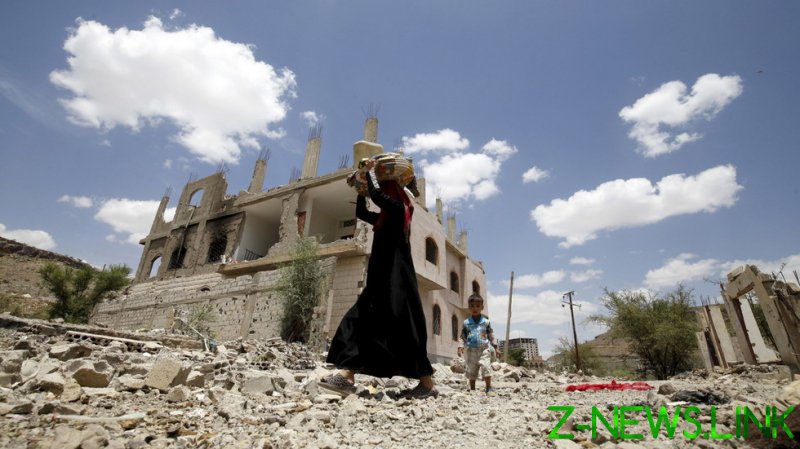 The Biden administration announced yesterday that it will end its support for the civil war in Yemen. Since 2014, the impoverished Middle Eastern country has been torn apart by a sectarian conflict that has been one of many theatres of battle in a regional rivalry between Iran and Saudi Arabia.

The United States, under Barack Obama (plus the then Vice-President Biden) and Donald Trump has given persistent backing to Riyadh in its bid to try and crush the Houthi insurgency in Yemen. However, the Saudi-led bombing campaign, backed by the US, has led to a civilian death toll exceeding 230,000 and a humanitarian crisis, exacerbated by the hawkish policies pushed by the previous administration’s Secretary of State Mike Pompeo, including blocks on aid.

There’s been very little coverage in the media, but Yemen has been one of the most shocking conflicts of the modern age. The carpet bombing and embargoes have brought this fragile country to the brink, and few have cared in the process. Therefore, while the Biden administration’s decision is to be welcomed, it does nothing to address the atrocities the US has enabled its allies to commit in ravaging this country.

While the new administration will move on, there’s little question that what has happened will simply be swept under the carpet. Such is the price a country pays for America’s strategic vision.

The US’ actions in Yemen are directly correlated with its policy towards Iran; a broad effort to attempt to contain Tehran from overturning the Middle East’s established political order and forging its own.

There are two rival power structures in the region. The first is led by the US, which projects its interests through working with regional client states, including Saudi Arabia and Israel. The second is that pursued by Iran, which seeks to overturn the established order and expel the presence of America, and has allies in Bashar Assad in Syria, Hezbollah, Iraq, Lebanon and the Houthis in Yemen.

The result of this escalating tension between the US, its allies and Iran has been a number of proxy conflicts against Tehran-led forces in various countries, which contributed to the Trump administration pulling out of the Joint Comprehensive Plan of Action – or Iran nuclear deal, as it is commonly referred-to – in 2018.

Of course, one of these conflicts is in Yemen. The country, like many in the Middle East, exists under a fragile state structure, with opposing factions (Sunni and Shiite). The Houthis are a radical group of Shia Muslims who rebelled against the Sunni-led government of Yemen and rely on fellow Shias in Iran for support. In 2014, they seized control of the south-west portion of the country as part of broader instability stemming from the Arab spring.

Following this emergence of an Iran-backed insurgency, US allies such as Saudi Arabia and the United Arab Emirates sought to intervene to protect the status quo. However, they have done so with a brutal bombing campaign which has killed enormous amounts of civilians and destroyed everyday infrastructure, causing chronic food shortages.

For seven years, the US has implicitly given its backing to this conflict and continued to sell weaponry to the UAE and Saudis in its bid to confront Iran. In 2019, when Congress sought to block these arm sales, the Trump administration justified them by declaring the situation as an emergency as it sought to reduce the “malign” influence of Iran in the region.

And it has done this with relative impunity. There’s been no evidence of a genuine apology from the US for what it has caused and nor has it faced any serious condemnation. Consider, for example, the way the US has weaponized atrocity propaganda against its rivals in other countries, such as Russia in Syria. Can one imagine the aggressive rhetoric from American officials and the media if China was supporting such a destructive conflict in another country?.

Finally, after seven years of saturating the military industrial complex with deep profits at the behest of its regional allies, the US says enough is enough and the Yemenis have taken enough of a beating. But don’t expect the story to end here. In fact, given the Biden administration’s denunciation of the Trumpian ‘America First’ policy it would be no surprise if it jumped into yet another conflict in the Middle East over the next four years. The cycle, as ever, is likely to repeat.