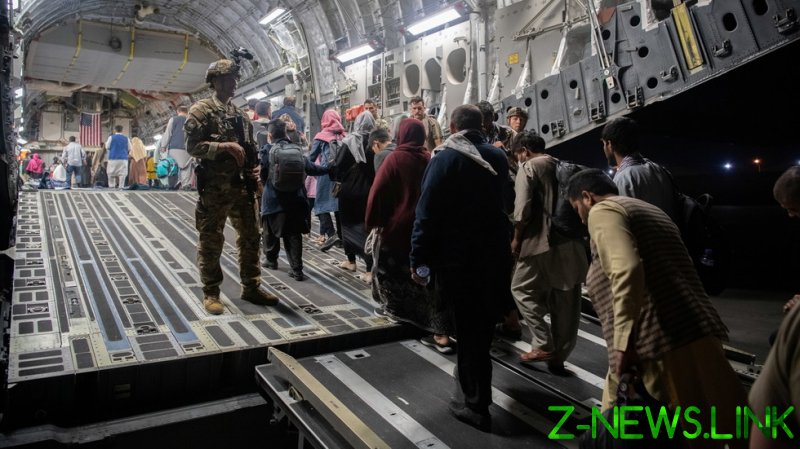 Not much is clear about how events on the ground at Kabul airport will play out over the next week. However, if the member nations of the G7 group are looking to make any real progress themselves in Afghanistan, they need to look over the shoulder of US President Joe Biden.

After all, spending just seven minutes on a call to fellow world leaders seems to support the contention that he’s no help at all in this volatile crisis and the remaining G6+1 know it.

On the call, meanwhile, it might be fun to make Biden squirm in discomfort as they remind him of NATO, special relations and his own country’s sorry role in all this, but the UK et al would be better off looking to the regional big dogs, China and Russia, if they want to pile on the pressure with the Taliban.

It would be naive to think either Beijing or Moscow have been sitting on their hands as the cities of Afghanistan fell like dominoes. Moscow has a deep understanding of what makes Afghanistan tick, earned the hard way, while resource-hungry China would dearly love to have access to the mineral deposits of its near neighbour.

Lithium is the relatively scarce, suddenly must-have mineral that is essential to batteries that will power all those electric cars Elon Musk and others are churning out. Back in 2010, a US Department of Defense memo described Afghanistan as “the Saudi Arabia of lithium,” but that soft, white, lustrous metal doesn’t jump out of the ground itself, y’know.

Chinese business partners will be falling over one another to make deals for access to the natural resources now controlled by the new government, ironically at the same time as the UK is looking at making it a criminal offence to even fly to Kabul. Different priorities, I guess.

We’re at this point because the Americans have thrown the towel in, cut their losses and are now attempting to wipe their hands of 20 years of dust and blood earned in a battle of attrition against the ultimately successful Taliban. Simultaneously they are trying to retain some dignity as their cargo planes flee the scene one after the other. To the other G7 members, this might appear a bit selfish.

The UK, EU, France, Germany and Italy all share some common goals in what happens next, largely concerned with evacuating their own nationals and providing asylum to those Afghans and their families who provided valuable assistance in the past and now face being hunted down and executed in an inevitable settling of scores by the Islamist radicals now in charge.

The nations of Europe also want to avoid a humanitarian crisis as terrified Afghans flee westward through Iran to Turkey, where they could join the millions of Syrian refugees already pressed up hard against the EU borders.

What’s likely to prove tricky, however, is convincing either Moscow or Beijing that they should act on our behalf; after all, relations between the two regional powers and the West over the last few years have proven somewhat fraught at times.

Maybe this is the time to diplomatically mend fences, acknowledge that there has been a significant shift in mood across the Atlantic and that the USA’s desire to play global policeman is no longer what it was and that our interests are better served outside of Washington.

Relying on Uncle Sam for military support has made us all complacent. We are learning the consequences to defence spending cuts across Europe and what US ambivalence over NATO means in the cold light of day.

The G7 never expected to be in this position. After all, it incorporates seven of the world’s richest economies and, with all that wealth and all that power, they always get their own way. Until, of course, the turbaned Tailban turned up with their retro-fitted SUVs, Kalshnikovs, and loathing of the West. Now it’s their way.