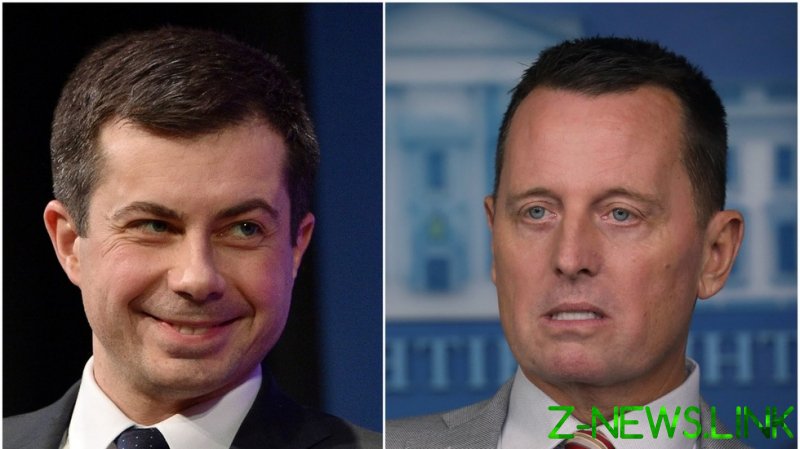 News outlets across the US trumpeted Buttigieg as the ‘first out Cabinet member’ on Wednesday as Joe Biden appointed the former Democratic presidential candidate as his secretary of transportation. The president-elect has made a point of checking as many ‘diversity’ boxes as possible with cabinet appointments, seemingly in a bid to offset his own white, heterosexual maleness.

There was just one troublesome detail with celebrating Buttigieg’s ‘accomplishment’, however. Ric Grenell, who served as acting director of national intelligence for three months under President Donald Trump, was actually the first ‘out’ gay cabinet member in the country’s history, a reality that was neatly papered over even by media outlets that had heralded Grenell’s groundbreaking appointment in February.

The attempted, painfully ironic erasure of Grenell didn’t go unnoticed on social media. With Trump often (and usually baselessly) accused of homophobia, the anti-Trump press colluding to memory-hole the barrier-breaking gay official was too delicious to ignore.

Grenell was appointed acting director of national intelligence in February in addition to his role as ambassador to Germany, which he held for two years. Not only was his sexual orientation no secret, he actually led the Trump administration’s efforts to decriminalize homosexuality in countries where it was illegal. And while the accomplishments of that campaign amounted to little more than ham-handed virtue-signaling, there’s no denying it existed and that Grenell fronted it.

The Trump administration certainly didn’t appoint Grenell by accident. The president was very much aware of the significance of the post, to the extent that the ambassador was gifted his office chair as a farewell gift when he resigned in May. The first ‘out’ gay man in such a position was “a big deal,” they agreed, essentially informing the Democrats that two parties can play at the diversity box-checking game.

In a rational world, it wouldn’t matter which presidential administration was first to appoint an openly gay cabinet member to a Senate-confirmed position – cabinet picks would be selected for their experience and skill. But with even the pretense of political meritocracy no longer in vogue, those who wield diversity as a weapon must be prepared to have it wielded against them.

Indeed, the Biden administration’s media champions have inadvertently tipped their hand with the premature celebration of the Buttigieg pick, revealing outmoded prejudices regarding the politics they believe must accompany identification as LGBT. But these outlets will not have to answer for their embrace of hoary ‘gay=liberal’ stereotypes any more than they’ve had to answer for covering up for Biden’s increasingly alarming ‘gaffes’, dodgy business dealings or other objectionable attributes.

When the only thing going for a cabinet official is his ability to check a diversity box, it should be a red flag, or at least a hint that there might be better candidates for the job. Certainly, Buttigieg has no experience with transportation that would recommend him to running the sprawling agency, and Biden, never a wordsmith even on his best days, could only promise the failed presidential candidate would “bring people together to get big things done.”

But fixating on crowd-pleasing surface attributes is so much easier than digging into the meat of an individual’s political convictions, experience and history. If the ‘journalists’ of the media establishment wanted to work hard, they would have picked a different job.