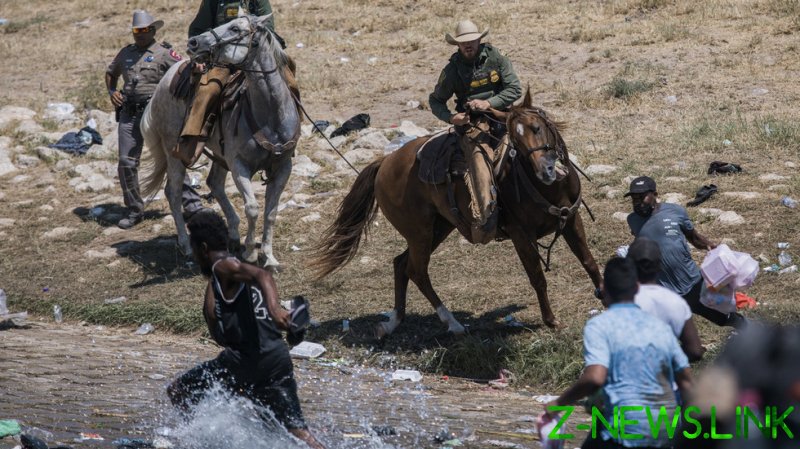 “It’s horrible what you saw. To see people like they did, with horses, running them over, people being strapped, it’s outrageous,” the president said in his first public remarks on the situation on Friday.

Tens of thousands of Haitians have attempted to illegally enter the country at the Del Rio crossing, where the appallingly unsanitary conditions have attracted international attention as the new arrivals try to seek asylum in the US.

Photographs of Border Patrol agents on horseback attempting to gain control over the crowds have provoked outrage from many in the Democratic Party, even as Biden’s own administration has sought to quietly re-adopt some of his predecessor Donald Trump’s policies to regain control of the lawless border situation. California Rep. Maxine Waters called the images “worse than what we witnessed in slavery,” insisting the agents’ effort to actually patrol the nation’s borders “takes us back hundreds of years.” 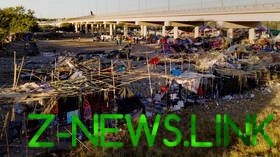 Haitian migrant encampment near Del Rio, pictured before all the migrants were reportedly removed on Friday. © AP / Julio Cortez

In response to the surge in public outrage, in which the agents’ reins were mistaken for “whips,” the Department of Homeland Security has discontinued horse patrols. David Foote, the US special envoy to Haiti, has also quit his job, vowing to not be “associated with the United States’ inhumane, counterproductive decision to deport thousands of Haitian refugees and illegal immigrants to Haiti, a country where American officials are confined to secure compounds because of the danger posed by armed gangs to daily life.” Condemning the US’ “policy approach” to Haiti as “deeply flawed,” Foote insisted the US must deliver “immediate assistance” to the Haitian government.

Several Border Patrol agents have also been temporarily relieved of their duties, according to White House Press Secretary Jen Psaki, who reassured reporters that the men seen on horseback had been “placed on administrative leave and will not be interacting with any migrants,” after supposedly “using brutal and inappropriate measures against innocent people.”

It’s not clear how many of the 14,000 Haitian migrants who reportedly presented at the Mexican border last weekend were permitted to filter into the US. The Biden administration has been running multiple deportation flights daily, but anonymous officials speaking to the Associated Press have also claimed that the illegal arrivals have been entering the US “on a very, very large scale.” The DHS told Fox News on Wednesday that 1,719 migrants from the Del Rio camp had been sent back to Haiti and that 3,881 remained there; the fate of the rest remains unclear.