Home / WORLD / Biden blames debt ceiling worries on Republicans, orders them to ‘get out of the way’ to avoid ‘dire consequences’

Biden blames debt ceiling worries on Republicans, orders them to ‘get out of the way’ to avoid ‘dire consequences’ 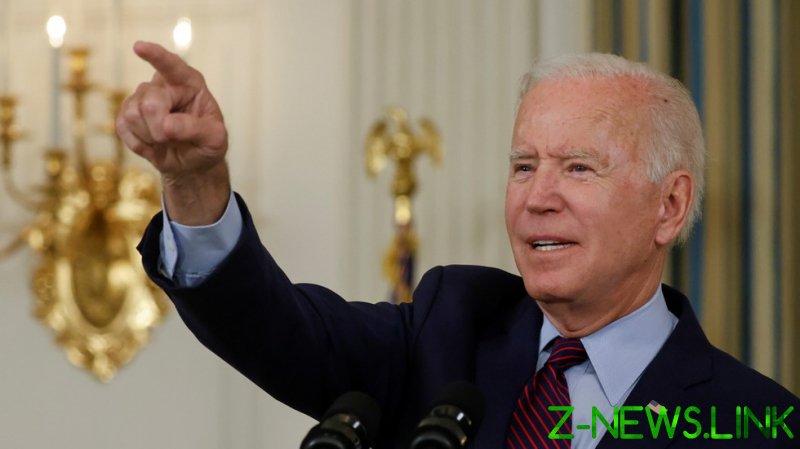 “Get out of the way, just get out of the way,” was the message Biden gave Republicans on Monday during a press conference addressing issues affecting Congress, the passage of infrastructure bills, and the debt ceiling.

Biden blamed his predecessor, Donald Trump, and reckless spending for the financial situation, as well as blasting Senator Mitch McConnell and other Senate Republicans for their refusal to help.

Republicans have made clear that they do not want to raise the debt ceiling and if Democrats wish to do so, they can go forth on their own. With an even 50-50 split in the Senate, this has left Biden at a standstill with more moderate Democrats like Joe Manchin and Kyrsten Sinema blocking massive spending efforts, including Biden’s own Build Back Better program, a controversial $3.5 trillion spending measure that includes child care and medical care within the definition of ‘infrastructure’ spending.

Sinema and Manchin have both faced pressure from their own party for siding with Republicans on the issue. Both senators were approached by activist protesters this weekend, some of whom even followed Sinema into a bathroom and filmed her.

“I don’t think they’re appropriate tactics, but it happens to everybody,” Biden said of the behavior, waving it off as “part of the process.”

Some have warned that the US reaching its debt ceiling could have devastating effects on the economy and the country’s international loans. Asked if he could “guarantee” the US would not reach its debt limit, Biden said he could not.

The consequences though, the president warned, will be “dire” if the debt ceiling is not raised.

Conservative critics were quick to blast Biden’s partisan words and to highlight his own votes against raising the debt ceiling multiple times while he was vice president.

In a letter addressed to Biden released on Monday, McConnell blamed the debt crisis on Democrats and said they have “no plan” to deal with it.

“Your Democratic majorities have no plan to avoid default,” the Kentucky senator wrote. He urged the president to “directly” engage with his “lieutenants in Congress” to stop an “avoidable catastrophe.”