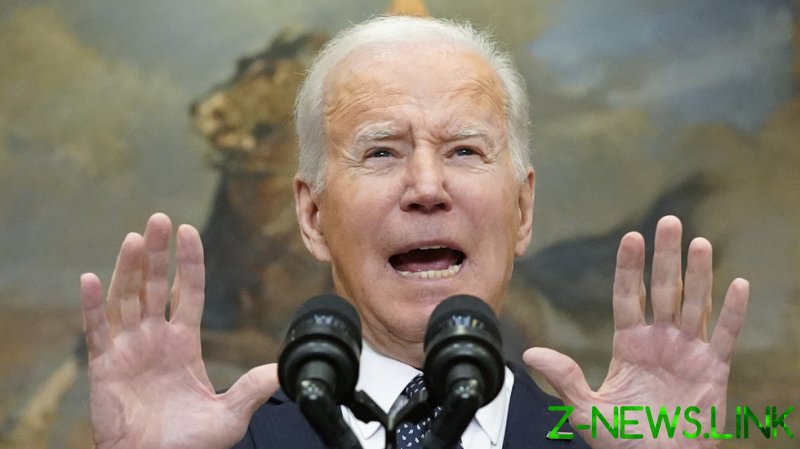 US President Joe Biden has accused Moscow of creating a pretext to invade Ukraine “in the coming days,” as he addressed the media on Friday night, following a call with NATO allies about the crisis.

“Over the past few days, we’ve seen reports of a massive increase in ceasefire violations by Russian-backed fighters trying to provoke Ukraine,” Biden said.

The US leader reiterated predictions of a looming Russian invasion, saying an assault is imminent following weeks of similar forecasts.

“We have reason to believe that Russian forces are planning to and intend to attack Ukraine in the coming week — in the coming days,” Biden told journalists.

We believe that they will target Ukraine’s capital Kiev

Pressed about what evidence the White House might have about Moscow’s decision-making, Biden declined to elaborate, saying only that “We have a significant intelligence capability.”

While the president repeated warnings against a Russian attack, he noted that the United States “will not send troops to fight in Ukraine,” but rather “will continue to support the Ukrainian people,” citing hundreds of millions in lethal military aid provided to Kiev in recent months.

Nonetheless, he added that the NATO alliance would defend its own territory.

“Make no mistake, if Russia pursues its plans, it will be responsible for a catastrophic and needless war of choice,” Biden went on. “The United States and our allies are prepared to defend every inch of NATO territory from any threat to our collective security.”

The US commander-in-chief again accused Moscow of seeking “a false justification to act against Ukraine” – in line with previous charges that it would conduct a “false flag” attack to be blamed on Kiev – while praising the Ukrainian forces for “refusing to allow the Russians to bait them into war.” 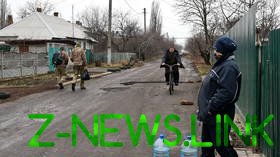 Tensions are currently running high in eastern Ukraine, as the two breakaway regions – known colloquially as Donbass – allege the government in Kiev is planning a military operation to take their territory by force. They cite a sharp increase in incidents along the armistice line, including the use of artillery, mortars, and tanks by the Ukrainian military. Ukraine has been denying any plans to retake the regions by force.

The US and NATO continue to accuse Russia of intending to attack Ukraine, any day now, even after their predicted invasion date of February 16 came and went without incident.

Moscow has repeatedly rejected the accusations as “hysteria” and “fake news,” maintaining that its troop presence near the Ukrainian border, as well as a training mission in neighboring Belarus, are part of routine military exercises. Ukrainian officials, too, have downplayed the Western predictions, with the secretary of National Security and Defense Council Alexey Danilov saying the government had not seen any evidence of a looming “full-scale operation” earlier this week. President Volodymyr Zelensky has also criticized US and European leaders for inducing “panic” with talk of an attack, suggesting the forecasts have been overstated.