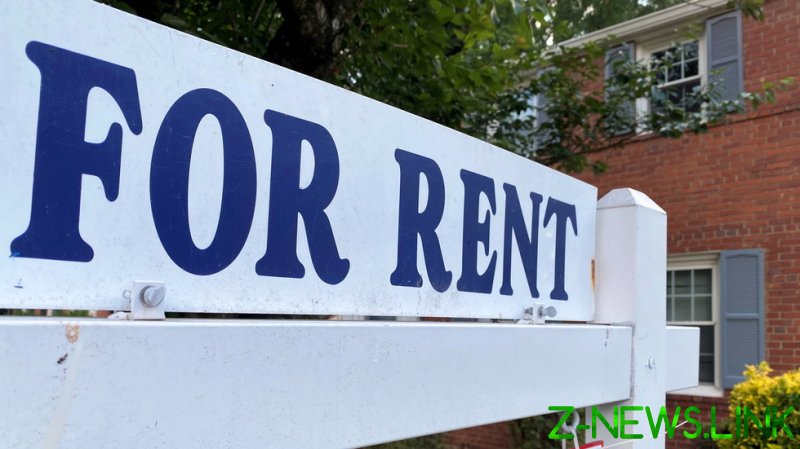 The White House would have liked to extend the federal eviction moratorium, said a statement posted by the Biden administration on Thursday, but instead it had no choice but to let the protection lapse on Saturday – after “the Supreme Court has made clear that this option is no longer available.”

That is, unless Congress were to “extend the eviction moratorium to protect such vulnerable renters and their families without delay.”

Calling for a further extension on what has already been nearly a year of eviction stays, as ordered by the Centers for Disease Control and Prevention (CDC) is a sign that the federal government still hasn’t worked out how to avoid throwing millions of Americans out of their houses in what is supposed to be the deadliest pandemic of their lifetimes.

What began in March as a limited ban on evicting tenants who received federal assistance soon snowballed into a total ban on evictions, with a realtors’ group telling Biden back in January that 40 million Americans were already in arrears on rent to the tune of $70 billion in missed payments.

Biden already exhausted his own options by declaring a month-long extension of the benefits in June, at a time when 14% of American adult renters were behind on paying their landlords.

As noted in Thursday’s White House memo, however, the Supreme Court has restricted the ability for the CDC to indefinitely extend its moratorium past the end of July, noting only “clear and specific congressional authorization” would clear the way to a further extension.

Biden also reached out to the Departments of Housing and Urban Development (HUD), Agriculture, and Veterans Affairs to extend their own eviction freezes through September, and begged the various states and municipalities who received billions of dollars in Emergency Rental Assistance as part of Covid-19 relief programs to start actually passing it along to the intended recipients. Many states have disbursed less than 5% of their share of the $45 billion Congress earmarked for such relief.

At least 3.6 million Americans were facing eviction within the next two months as of July 5, the US Census Bureau’s Household Pulse Survey showed. Eviction proceedings often take time to initiate, meaning many more might face a similar fate before the end of the year.

While federal Covid-19 aid to those who kept their jobs – perhaps taking a pay cut or reducing to part-time – has topped out at only a few thousand dollars over the last 18 months, unemployment payments were for some time so lucrative that many gave up looking for work entirely, realizing they could make more money sitting at home collecting checks. These payments have doubtless saved millions more from potential eviction, but they’re also starting to dry up as many states face worker shortages – meaning those jobless masses have to find work again.

Though moratorium has failed to help some renters, it has succeeded in starving out the mom-and-pop landlords who couldn’t afford to lose a year’s worth of rent from their tenants, forcing them to sell their properties to their much-larger institutional brethren who increasingly control housing policy.

Only a third of these small landlords qualified for what little mortgage relief has been doled out, and none were spared the yearly expense of property taxes. But private equity firms like Blackstone, with trillions of dollars in assets to absorb deadbeat tenants, have happily moved in to snap up entire neighborhoods, further driving up rents in a vicious cycle that invariably leaves the average American holding the bag.

Indeed, the private equity firms have apparently gotten greedy, buying up houses across the US for thousands of dollars more than what they’re worth. So much so that, in an already hugely inflated market, home sales actually dropped unexpectedly for the month of June everywhere except the northeastern states.

This shocking halt to the incredible ever-increasing housing bubble suggested to the observers that the market might – at least temporarily – have bitten off more than it could chew. Biden may simply be trying to calm things down, but with Congress knee-deep in virtue-signaling hearings, it’s unlikely they’ll have time to actually stop what they’re doing and save Americans’ lives.