Biden back after briefly transferring power to VP Harris 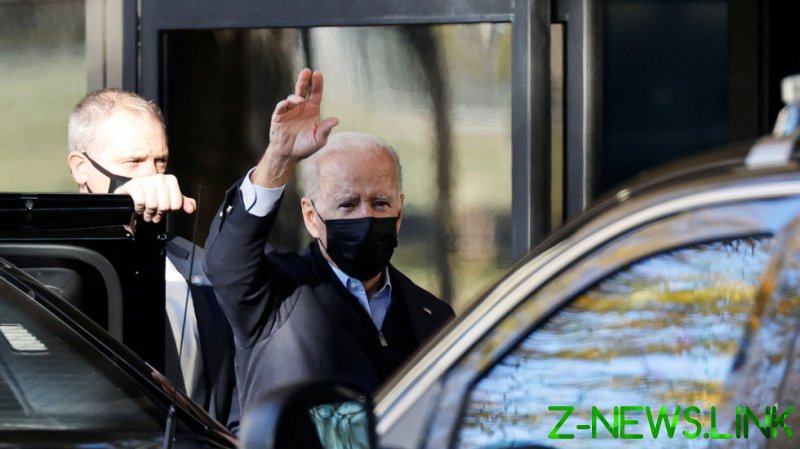 Biden underwent what White House Press Secretary Jen Psaki called a “routine colonoscopy” on Friday morning, and in line with the process set by the US Constitution, Harris temporarily assumed the duties of president while Biden was under anesthesia.

Biden once again took over as Commander-in-Chief shortly before midday, ending Harris’ brief tenure as the US’ first female acting president.

Psaki said on Twitter that Biden spoke with Harris shortly after waking up, and “was in good spirits and at that time resumed his duties.”

“He will remain at Walter Reed as he completes the rest of his routine physical,” Psaki added.

Numerous presidents have undergone treatment at Walter Reed Medical Center, a US military hospital in Bethesda, Maryland. Former President Donald Trump spent three days there last October as he recovered from Covid-19, and reportedly visited the facility for a colonoscopy in 2019. According to former Press Secretary Stephanie Grisham, Trump refused anaesthesia for the procedure as he didn’t want to transfer power to Mike Pence, his vice president at the time.

Former president George W. Bush also underwent the same procedure twice during his time in the White House, in 2002 and 2007, transferring power to Vice President Dick Cheney on both occasions.