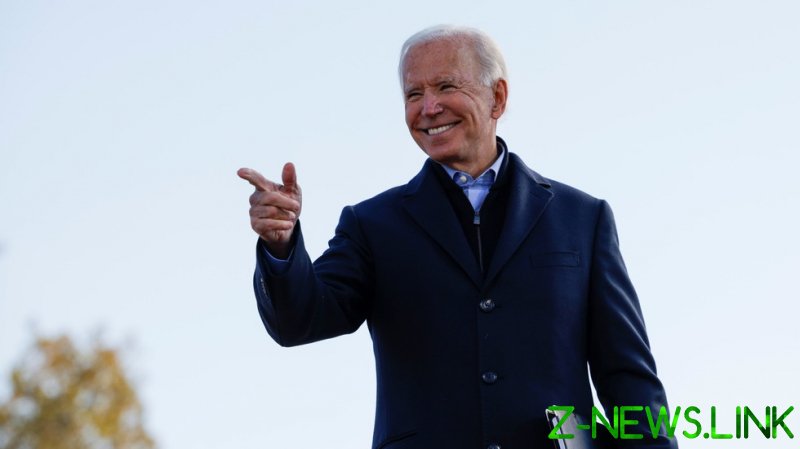 “Today, I am calling on Congress to enact commonsense gun law reforms,” Biden said in his Sunday statement. The timing matched the third anniversary of the Parkland shooting, which saw a gunman open fire at Marjory Stoneman Douglas High School in Parkland, Florida, killing 17 and wounding another 17.

Biden has long promised to put his weight behind stricter gun laws if he were elected president and his ideas run down the list of common demands gun-control advocates often push for. The president is calling for universal background checks on all gun sales, banning high-capacity magazines, an “assault weapons” ban, and “eliminating immunity for gun manufacturers who knowingly put weapons of war on our streets.”

“We owe it to all those we’ve lost and to all those left behind to grieve to make a change. The time to act is now,” Biden said.

Though he is calling on Congress to act, Biden promised his administration will “not wait for the next mass shooting” to take action.

With Democrats holding a majority in the House and an even split in the Senate leaving Vice President Kamala Harris as the tie-breaking vote, Democrats find themselves in a slightly favorable position when it comes to potential new gun laws.

Leaders of gun-control advocacy groups also recently met with Susan Rice, who leads the White House Domestic Policy Council, and Cedric Richmond, director of the White House Office of Public Engagement, and walked away confident new gun laws will be pushed through, not only via Congress but by executive action as well.

“President Biden is committed to taking executive action and working with Congress to put in place reforms that will keep this country’s kids and communities safe,” Peter Ambler, head of the gun-control group Giffords, said after the meeting.